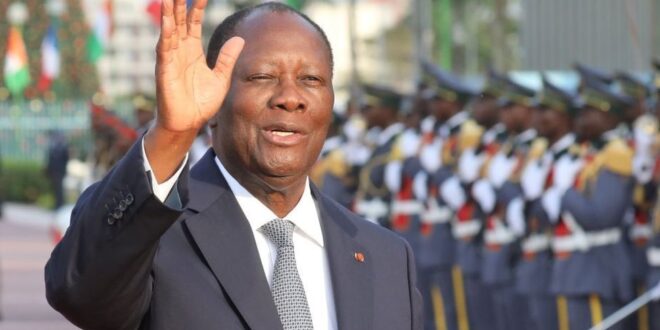 Ivory Coast President Alassane Ouattara(picture) was formally chosen by his party on Saturday to run for a third term in an October election, despite opposition charges it is unconstitutional.

Ouattara, who has been in power since 2010, said in March that he would not stand again but changed his position after the death of prime minister Amadou Gon Coulibaly — seen as his anointed successor – in July.

Ouattara, who has governed since 2011, said in March he would not run again. But his preferred successor, then-Prime Minister Amadou Gon Coulibaly, died in July, leading the party to ask Ouattara to reconsider.

The election is seen as the greatest test yet of the tenuous stability achieved since a brief civil war in 2010 and 2011 killed about 3,000 people following Ouattara’s first election win.

“I have decided to respond favourably to the call of my fellow citizens,” Ouattara said in a televised speech on Thursday. “Given my previous promise, this decision represents a real sacrifice for me.”

His opponents say the two-term limit in the constitution bars him from running again, but Ouattara has said his first two mandates do not count under the new constitution adopted in 2016.