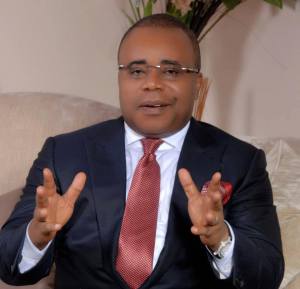 The Oil and Gas Free Trade Zones Authority has attracted the sum of $16.6bn foreign direct investment into the economy within a 20 year period covering 2001 and 2020.

During the same period, the Authority also attracted the sum of N255.33bn local investments into the country.

Also, between January and May this year, the sum of N9.41bn has been generated as revenue by OGFZA through the free trade zones.

A breakdown of the revenue showed that N2.1bn was generated in January, while February, March, April and May had N1.45bn, N4.39bn, N1bn and N453.98m respectively.

Speaking on the developmental impact of the agency, he Managing Director/Chief Executive Officer, OGFZA, Mr. Umana Okon Umana, said that within the last few years, there has been great improvement in the operations of the free zones.

He said this was achieved through dedicated leadership as well as the commitment and exceptional quality of members of staff of the Authority.

This, he stated, had resulted in the huge interests by both local and foreign investors in the zones.

For instance, the MD stated that currently, there are about N6.1bn investments that are being expected to materialize in the Liberty Oil and Gas Free Zone.

He said, “To grow investment also meant looking at the structures within our zones because as I said you can only attract Foreign Direct Investment if you are globally competitive.

“We took a number of steps, we reviewed our standard of operation, we came out with timeline for delivery of our services.

“For example, in the past we did not have a specific timeline for renewal of  license or to reissue new licenses or even to process cargos.

In terms of job creation, the OGFZA Boss stated that the investments have been able to unlock many direct and indirect jobs thereby empowering many Nigerians.

He said, “This incentives are applied for activities within zones meaning that when they move items from the zone to any other place all the taxes will be applied.

” Number of individuals that have been trained by expertise and various companies that come in, the actual figure from 2010-2020 was 35,170.”

Previous Understanding the Purpose and Implementation of Escrow Account
Next SEC To Reduce Staff Cost, Assures Of Profitability In Two Years