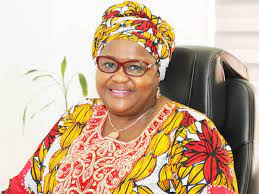 N5bn Capital Base Will Ramp Up PFAs’ Capacity–PenCom

The Director General, National Pension Commission(PenCom ), Aisha Dahiru Umar, yesterday in Lagos explained why her administration in PenCom recently raised the minimum capital base of Pension Fund Administrators from N1 billion to N5 billion  just as she has assured Nigerians that Pension fund is safe from cyber crimes.

Dahiru Umar who spoke at the 2022 journalists’ workshop organised by PenCom in Lagos, explained that recent recapitalisation exercise in pension sector was for the purpose of ramping up the capacity of the Pension Fund Administrators to manage the increasing number of registered contributors, and the value of pension fund assets .

Dahiru Umar  who was represented at the workshop by Head Corporate Communications Department of PenCom, Mr Abdulkadri Dahiru,  said the recapitalisation exercise which has been fully complied with by all Pension Fund Administrators was expected to  bring about increased effectiveness and efficiency as well as improved service delivery in the industry.

She said the commission was much interested in seeing the Micro pension scheme thrive in Nigeria adding that Micro Pension Plan  has remained the only way to kick away old age poverty among senior citizens of Nigeria.

According to her, the theme of theworkshop which centered on Increasing Informal Sector Participation in the Contributory Pension Scheme (CPS): The case for Micro Pension Plan”, aligns with the Commission’s objective of expanding coverage of the CPS.

“The objective is to bring in to the CPS, Nigerians working in the informal sector and those who are self employed through the Micro Pension Plan (MPP). Therefore, it is of utmost importance to educate the media on the MPP and enlist your support to make the Plan popular amongst informal sector workers and the self-employed”.

Umar said strategic efforts to drive the Micro Pension Plan (MPP) remained one of the significant areas of focus of the Commission, adding that the Micro Pension Plan  was conceptualised  to expand pension coverage to the informal sector, including small-scale businesses, entertainers, professionals, petty traders, artisans, and entrepreneurs.

“The MPP was implemented to curb old-age poverty by assisting the workers, as mentioned above, to contribute while working and build long-term savings to fall back on when they become old.

“To create awareness of the Micro Pension Plan, the Commission, in collaboration with the Pension Fund Operators Association of Nigeria, is currently championing an Industry Media Campaign in major cities in the country’s six geopolitical zones”, the PenCom boss informed.

She said contributors into CPS need not entertain fear on possibility of activities of cyber crime perpetrators affecting their savings saying that the fund administrators were very much conscious of their activities and that the funds are in no single organisation’s coffer.

He described Micro pension plan as financial plan that allows people in informal sector to have pension plan and build savings for their old age when they will have no strength to produce wealth.

He described informal sector operators as individuals working for themselves and whose income is not stable in terms of frequency of income.