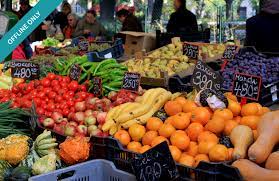 The Abuja Chamber of Commerce and Industry, ACCI, has expressed concern over the spike in Inflationary trend in the last months in the country.

The President of ACCI, Dr. Al-Mujtaba Abubakar expressed the displeasure during the 32nd Annual General Meeting of the Chamber held in Abuja.

Dr. Abubakar who said the high inflation has been having serious impact on Businesses of members of the Chamber and the economy in general called for measures to address the situation.

He stressed the need for Nigerians to elect leaders with sound and realistic economic programmes in the 2023 general election.

According to him, all activities of the Chamber have been implemented in line with ACCI’s 3 years strategic plans which articulated the core objectives of the Chamber and the action plan for bringing about their actualization.

The President of ACCI explained that the Chamber in the last one year had embarked on various economic developmental projects and signed series of Memorandum of Understanding, MOU, with both private and Government Institutions including the University of Abuja on the establishment of Entrepreneurship Centre and Demonstration Farm in the University.

He reiterated the determination of the Chamber towards complementing the efforts of Government in repositioning the nation’s economy.

In a remark, the 1st Vice President of ACCI and Managing Director of Nigeria Export Processing Zones Authority, NEPZA, Prof Adesoji Adesugba described the private sector as a player in national economic growth.

He pledged NEPZA’s continuous collaboration with ACCI to fast track the country’s industrial and economic development.