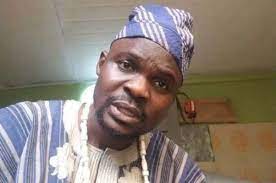 The popular actor was jailed 16 years.

At the time of filing this report, the case has been stood down for a few minutes for sentencing of the convict

Baba Ijesha pleaded not guilty to all the counts. However, a Closed-Circuit Television video recording detailing his relationship with the victim said to be a minor was played in court.

Delivering the judgement, Justice Taiwo said that the prosecution failed to prove beyond reasonable doubt that the defendant is guilty of all the charges against him.

However, she found the defendant guilty of two of the six counts against him.

The defendant was arraigned on June 24, 2021. During the trial, six prosecution witnesses testified against him.

Others were the Investigating Police Officer, ASP Wahab Kareem, and a policewoman, Inspector Abigail Omane.

The DPP closed its case against the defendant on December 15, 2021, while Baba Ijesha called four witnesses and closed its defence on April 1.

The defence witnesses were Baba Ijesha (defendant) and Mr Lawrence Ayeni, an expert in video production and CCTV installation and maintenance.

Mr Olukayode Olugbemi, a clinical psychologist and Mr Olukayode Ogunbanjo, the defendant’s friend and colleague also testified for the defence.

Defence counsel, Mr Dada Awosika (SAN), in adopting his final written address dated May 12 and filed on May 16, urged the court to dismiss the suit and discharge the defendant.

Awosika argued that the footage of the CCTV was illegally obtained.

He had said, “In the interest of justice, exhibit A which was the CCTV footage that recalled the event was illegally obtained.