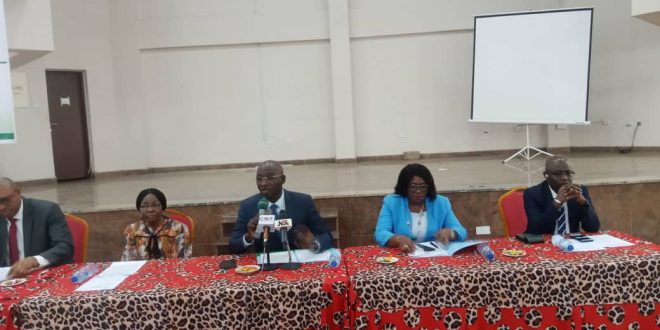 The Executive Director/ CEO of the Nigerian Export Promotion Council (NEPC) , Dr Ezra Yakusak, has revealed that despite the harsh economic environment precipitated by the effect of COVID-19 and the global economic recession, the sector recorded a significant and impressive result with a non-oil export earnings of $ 4.820 billion for the year 2022 under review.

In a press release issued at the weekend, Dr Ezra said this represented an increase of 39.91% over 2021, adding that the figures are from data collated from the various pre-shipment inspection agents appointed by the federal government under the Pre-shipment Inspection Act, Cap P25 LFN 2004.

On product exported, he said about 214 different products ranging from manufactured, semi-processed, solid minerals to raw agricultural products were exported in 2022.

He said a breakdown of the non-oil performance revealed that 1,172 exporters participated with Indorama-Eleme Fertilizer and Chemical Limited taking the lead with 23.25%,31 issuing banks participated with Zenith Bank PLC processing the highest NXP values

He further explained that 19 Exit Points were used with Apapa Port recording the highest tonnage adding that in the month of December recorded the highest export value of 10.37%.

“ The establishment of the Export Trade House Lome, the solo exhibition in Gambia, participation at the Lome International Trade Fair are deliberate initiatives aimed at boosting non-oil export within the ECOWAS sub-region.

He called on need to increase intra-African trade given the huge opportunities and benefits therein.

​He said the NEPC is presently facilitating SMEs acquisition of international certification in order to access niche market with premium pricing under its “Go Global, Go for Certification” initiative.

In the year under review, He said the NEPC working with the Ministry of Industry, Trade and Investment among other relevant MDAs embarked on a fact-finding mission to the United Kingdom (UK) as part of strategic effort to address the issue of export reject which constitute a major constraint to the growth of the non-oil export sector.

“The objectives of the fact-finding mission were to provide Nigerian export-regulatory and facilitating agencies the opportunity of observing the processes of agricultural commodities import procedures and interface with Port Health and Food Import Regulatory Agencies at the Border Control Points (BCPs) in the UK.

“At the end of that visit, an Inter-Agency meeting was held to debrief stakeholders on the outcome of the visit. The visit led to intensification by NEPC of its various capacity building programmes geared at addressing incessant issues of rejects. An inter-Agency committee on Export Reject was also constituted by the Hon. Minister,” he said .

On Women in Export, He said so far, 4,804 Nigerian women have registered with SheTrades Initiative from 2018 till date while 5,464 Nigerian Women Entrepreneurs have participated at programmes organized by the SheTrades in the Commonwealth Project and the NEPC Women in Export Development Programme.

He said the recognition of this fact has spurred the Council to develop a programme that provides sensitization and training for our youth on issues that borders pertaining to non -oil export.