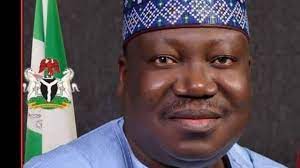 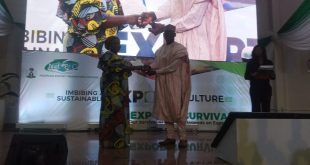 The Rice Processors Association of Nigeria on Thursday faulted the directive by the Senate Committee on Ethics, Privileges and Public Petitions to the Nigeria Customs Service to return smuggled goods impounded from rice traders shop in Ibadan, Oyo State.

The Senate Committee had on Tuesday at its hearing concluded that the Nigeria Custom Services erred by raiding the market in Ibadan and confiscated smuggled Rice packed in the various shops.

But reacting to the resolution of the Committee, the Director-General of RIPAN, Andy Ekwelem said that members of the association were shocked and disappointed by the directive as it was against the policy of the government to check the importation of smuggled rice.

He said the resolution of the committee also counteracts the resolve of both the Nigerian Government and the people of Nigeria to grow the country’s local capacity in the rice sector in order to be in control of food security.

He said, “Over the past years, the Nigerian Custom Services have borne blames over smuggling of food items especially rice. Each time the menace rises, stakeholders fall over themselves blaming the Customs.

“In several fora and events, even those who do not understand security management will postulate ways via which the Customs can do their jobs more effectively.

“This instruction is nothing but a tacit support to smuggling and it leaves much to be desired. It also to a very large extent paints a picture of insensitive to the plight of the Nigerian investor.

“The members of the Rice Processors Association of Nigeria and indeed all actors in the entire rice value chain are patriotic individuals who hearken to the invitation of the Federal Government of Nigeria for private sector investments in the rice processing sector in particular and the rice value chain in general.

“These individuals have invested trillions of Naira and are currently providing millions of employments (both Direct and Indirect) to the teeming Nigeria labour force.

“It is worrisome that the legislative chamber whose responsibility it is to protect them are the ones unwittingly undoing the efforts.

“Now that smugglers are being protected, encouraged and emboldened, we can be sure that these efforts are in dire risk. No economy can survive under this kind of circumstance.

“The major challenge that has confronted both private sector effort and various Government investments in the Rice sub-sector, has been smuggling across the country’s porous borders.”

He claimed that unpatriotic people and some briefcase local and foreign merchants who will not invest in the Nigerian economy continue to frustrate the economic hard work to grow the rice value chain.

He said, “Today the Rice Processors Association of Nigeria is shocked to learn that after the Nigeria Customs raid on some markets across the country, the Senate has directed the Nigerian Customs to return impounded smuggled Rice to their owners Ibadan.

“Indeed, we are shocked at the fact that now that the Nigeria Custom Service have decided to its duties creditably well and wield the big stick against Rice Smugglers, they are been antagonized and reprimanded by no other organ of Government than the Nigerian Senate.

“For us as patriotic investors in the Nigerian Economy, it is most disheartening, saddening and unfortunate that the Hallow chamber appears to give support, encouragement and protection to smugglers.

“Nigerians should know that by this instruction, the senate is inadvertently, demoralizing the officers and men of the Nigeria Custom Services while at the same time emboldening smugglers and economic saboteurs of the Nigeria economy.

“This instruction / directives from the Senate to the Nigeria Customs Services portend dire consequences for both the Nigerian economy and her People especially current investors, potential investors and Youths.”

The RIPAN DG said if the resolution is allowed to stand; it is capable of sending shock waves that could collapse the industry as investors will have no option but withdraw their funds from the economy.

“A lot of people are encouraged by the forceful thrust of Government. People are investing in large scale farming, Rice processing, Paddy Aggregation and Agro-input dealerships.

“Jobs are being created; private sector participation is alive and active and new entrepreneurs are emerging in the sector.

“The entire rice processing and milling sub sector employs between 13 million to 15 million Nigerians and if we encourage smuggled Rice to flourish in our market, these jobs and all the noble efforts of Government will be lost within the shortest possible time,” he added.

The RIFAN DG said if smuggling is not tackled effectively, the magnitude of loss to Nigerian Rice stakeholders starting with the Federal Government, Integrated Rice Millers, Cottage Industry Rice Mills, Funding Banks, CBN, Rice Farmers, workers, and Rice consumers would be too devastating for a fledgling economy like Nigeria.

He said there is need for urgent action to avert eventual national food emergency.

“We must all join hand to combat smuggling. What we need is to grow our local capacity and not Foreign Rice,” he added.