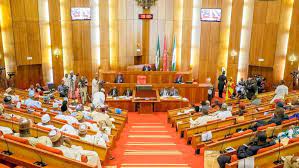 The National Assembly has promised to pass the Data Protection Bill within 30 days once it receives the draft from the Federal Executive Council (FEC).

The pledge was made by Yakubu Useni, the chairman of the Senate Committee on Information Communication Technology (ICT) and Cybercrime, at a one-day sensitisation workshop on data protection for members of the National Assembly held in Abuja

Useni stated that since the Federal Government established an organisation for data protection, a law must be enacted to regulate its operations. He promised the Nigerian Data Protection Bureau (NDPB) that the proposed data protection bill will be passed.

He said: “I want to assure that as National Assembly members, we will make sure, we do justice to the bill. We need to give legal backing to the agency. “We are waiting for them to bring the bill and we will ensure it gets to the president within one month.This is a legislation that is supposed to have seen the light of the day since 2019. But unfortunately when the bill was sent to the president it was not assented to by the president.

“Now that it’s coming from the executive side; I believe that it will see the light of the day.” “This is an agency set up to protect the datas of individuals and organisations. Before there is no such law.

The Chairman House Committee on Information Communication Technology (ICT) and Cybercrime, Abubakar Lado also assured the agency of the legislative support of Federal House of Representatives,

“As National Assembly, we are committed to the well being of Nigerians. We want to assure the agency that anytime the bill comes to us we will ensure its speedy passage.

Minister of Communications and Digital Economy, Prof Isa Pantami, who spoke virtually, harped on the importance of the bill to data privacy and confidentiality, “The event is to sensitise our national assembly members before the executive bill is presented to the national assembly so that you (legislators) can block all the gaps.

“This bill will ensure the privacy and confidentiality of the data of our citizens,” he added.

The National Commissioner/Chief Executive Officer of NDPB, Dr. Vincent Olatunji, while responding to questions said, “by October we will send the bill to the Minister of Communications and Digital Economy who will forward it to the Federal Executive Council (FEC) for it to be sent as an Executive bill to the National Assembly.”