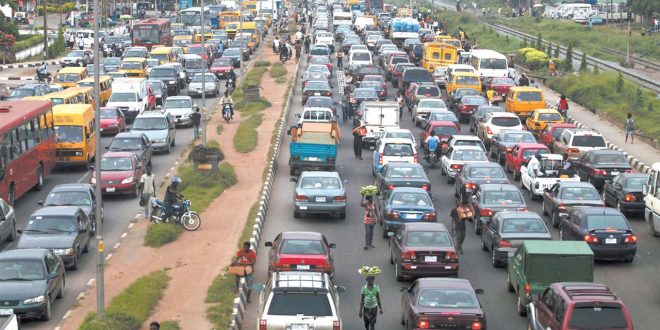 The Senate has ordered a probe into the alleged frustration of the E-call up truck system and extortion by ports officials.

The red chamber on Tuesday ordered the Committee on Marine Transport to handle the investigation of what it said has frustrated efforts to tackle the congestion at the port.

The motion was brought the floor of the Senate by Oluremi Tinubu, the Senator representing Lagos Central during the  plenary presided over by Sen. Ovie Omo-Agege.

The Senate resolved to “Direct the Committee on Marine Transport to investigate the implementation of the E-Call up system and allegations of extortion by port officials and report back to the Senate on the way forward.

“Direct the Committees on Marine Transport, Works and Downstream Petroleum to meet the Nigeria Ports Authority, Concessionaires, Nigerian Union of Petroleum Engineers and all other stakeholders to ensure resolution of pending conflicts and ensure synergy amongst stakeholders.”

The congestion at the ports has been a thing of concern for businesses and the government.

President Muhammadu Buhari had in his Independence Day Speech alluded to the economic loss resulting from the gridlocks.

The Apapa and Tin Can Ports in Lagos handle 80 per cent of Nigeria’s cargo activities.

Africa’s richest businessman, Aliko Dangote said in 2017 that Nigeria loses N140bn weekly to the gridlock, while a recent 2021 report said N18trn is lost to the gridlock annually.

The ‘Eto’ application was designed to be responsible for the scheduling, entry and exit of all trucks into the ports with effect from 27th February 2021.

But since the launch of the e-call up system, the gridlocks at the Apapa ports have not been approved as anticipated.

Senator Solomon Adeola who seconded the motion lamented that the motion affects the revenue of this country.

The Senate commended the Federal Government for the reconstruction of Oshodi-Apapa expressway and the completion of the Apapa Port line of the Lagos-Ibadan expressway.