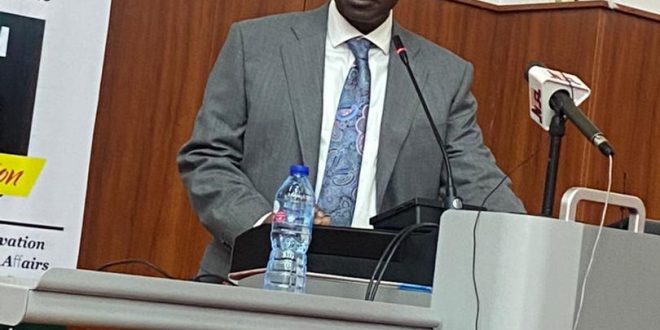 The Alhaji Garba Abubakar-led CAC is one of the agencies identified as building the block that will take the Nigerian public service to be among the first 20 in the world by the year 2025.

The Director General of the Bureau of Public Service Reforms (BPSR), Dasuki Arabi, revealed this at a lunchtime seminar series organized by the Bureau in Abuja.

Held at the Conference Hall, Engineering Building, FCDA, the event was themed “Current Reforms, Innovation, and Challenges of the Corporate Affairs Commission on the Growth of the Nigerian Economy.”

Arabi described public service reform as a systematic intervention aimed at improving the structure, operations, and procedures of the public service to enable its transformation, amongst others.

He further noted with satisfaction that, in accordance with its earlier pledge, the CAC had, by December 2021, effectively ended manual filing of documents and filing of the annual return.

He therefore stressed the need for greater cooperation and collaboration between government agencies to further engender far-reaching reforms for the benefit of the economy.

In his remark, the Registrar General and CEO of the Corporate Affairs Commission (CAC), Alhaji Garba Abubakar, rolled out the evolution of the Commission from the 1961 Business Names Registration Act to the 1968 Companies Act to the 1990 Companies and Allied Matters Act and to the reenacted 2020 CAMA.

Garba Abubakar said the Commission, which started the digitalization journey with electronic workflows in 2014, achieved full migration to a digital registry on January 3, 2021, after the assent of CAMA, 2020.

He described the digital platform as easier, cheaper, and storage-friendly, thereby ensuring
Ease of doing business

Garba Abubakar maintained that the Commission will continue to leverage technology to continually improve its services.

Speaking on the Commission’s challenges, the CAC scribe stressed that paucity of funds was a major threat to the survival of its digitization.

During the event, sister agencies such as NIMASA, NEPC, and CCB, among others, applauded the reform initiatives of the commission and therefore called for more collaboration with the commission to enable them to enhance their respective operation,