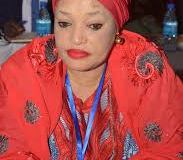 Why farmers, agro-processors not getting right prices for their produce—NCX

The Nigerian Commodity Exchange on Wednesday engaged stakeholders in the agricultural sector on modern ways to market their agricultural produce.

In a bid to achieve this, the Exchange held a capacity building workshop that was attended by farmers, traders, agro-processors and other market actors in the Federal Capital Territory on commodity trading and warehouse management.

The training, organised by the Nigerian Commodity Exchange in partnership with Rubytone global Service, was aimed at exposing the participants to ways they can trade on the NCX platform across the country.

Speaking at the event, the Managing Director of the NCX, Mrs Zaheera Baba-Ari said the workshop was based on the conviction that it would help manage the effects of price fluctuation in the marketing of agricultural produce.

This, she stated, would help to moderate the adverse implications on the revenue of farmers.

Baba-Ari stated that the training would enable the participants to know the benefits of trading on the NCX platform and expose them to the new system of marketing their products in line with best international standards.

The MD who was represented by NCX General Manager (GM), Operations, Benson Lawal, said NCX would continue to work in line with the directives of President Muhammadu Buhari to regulate the prices of commodities, adding that farmers and other agro processors were crucial to realizing such objective.

He said, “The essence of this workshop is to sensitize commodity actors such as farmers, commodity merchants, exporters, transport companies, warehouse operators and others about the existence of commodity exchange.

“The commodity exchange is a global concept that is new to the average farmer who is used to over the counter market. By selling at over the counter, the commodities of farmers are inappropriately priced and this is because of weak bargaining power.

“This workshop will also help us to minimize post-harvest losses that are so inherent in agricultural production and that is happening because farmers produce before looking for buyers. But with a Commodity Exchange, you don’t need to bother yourself about who is going to buy your produce because the buyer is waiting for you at the Exchange. This workshop will help them know about the Exchange and we are doing it all across the federation.