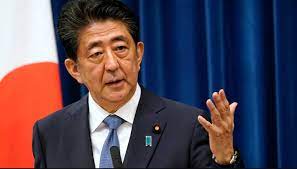 Japan’s former prime minister Shinzo Abe died in hospital on Friday, local media reported, hours after being shot at a political campaign event in an attack condemned as “absolutely unforgivable”.

Citing a senior member of Abe’s Liberal Democratic Party, national broadcaster NHK said “former prime minister Abe died at a hospital in Kashihara city, Nara, where he was receiving medical treatment. He was 67.”

The death was also reported by other broadcasters as well as the Japanese news agencies Jiji and Kyodo.

The assassination of the country’s best-known politician comes despite Japan’s strict gun laws and with campaigning under way ahead of upper house elections on Sunday.

Earlier Prime Minister Fumio Kishida abandoned the campaign trail and flew to Tokyo by helicopter where he addressed reporters in a voice that wavered with emotion.

“Former prime minister Shinzo Abe was shot in Nara and I have been informed he is in a very grave condition,” he said.

“I pray that former prime minister Abe will survive,” he added, condemning “a barbaric act during election campaigning, which is the foundation of democracy.”

“It is absolutely unforgivable. I condemn this act in the strongest terms.”

The attack came before noon in the country’s western region of Nara, where Abe, 67, had been delivering a stump speech with security present, but spectators able to approach him easily.

Footage broadcast by NHK showed him standing on a stage when a man dressed in a grey shirt and brown trousers begins approaching from behind, before drawing something from a bag and firing.

At least two shots appear to be fired, each producing a cloud of smoke.

As spectators and reporters ducked, a man was shown being tackled to the ground by security. He was later arrested on suspicion of attempted murder, reports said.

Local media identified the man as 41-year-old Tetsuya Yamagami, citing police sources, with several media outlets describing him as a former member of the Maritime Self-Defense Force, the country’s navy.

He was wielding a weapon described by local media as a “handmade gun”, and NHK said he told police after his arrest that he “targeted Abe with the intention of killing him”.

Witnesses at the scene described shock as the political event turned into chaos.

“The first shot sounded like a toy bazooka,” a woman told NHK.

“He didn’t fall and there was a large bang. The second shot was more visible, you could see the spark and smoke,” she added.

“After the second shot, people surrounded him and gave him a cardiac massage.”

Abe was bleeding from the neck, witnesses said and photographs showed. He was reportedly initially responsive but subsequently lost consciousness.

Officials from the local chapter of Abe’s Liberal Democratic Party said there had been no threats before the incident and that his speech had been announced publicly.

Kishida said “no decision” had been made on the election, though several parties announced their senior members would halt campaigning in the wake of the attack.

“This is a very, very sad moment,” US Secretary of State Antony Blinken told reporters at a G20 meeting in Bali, saying the United States was “deeply saddened and deeply concerned”.