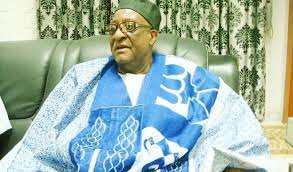 The chairman of the Board of Trustees of the Peoples Democratic Party, Walid Jibrin, has resigned from his position.

He disclosed this at the National Executive Council meeting currently going on in Abuja.

A Chieftain of the Peoples Democratic, Katch Ononuju, has said that the presidential candidate of the party, Atiku Abubakar, wants the national chairman of the party, Iyorchia Ayu, to resign so that he can have a peaceful party that will win the 2023 presidential election.

Ononuju was speaking on Channels TV’s Sunrise Daily, where he was addressing the crisis rocking the party as well as the issues between the Atiku and the Governor of Rivers State, Nyesom Wike.

“If Atiku keeps saying he is a unifier, let him now unify the party by taking decisions and also acting to aid the southerners in this issue of inclusion,” he added.

He stated that Atiku did not just need to wish, but work towards unifying the party.