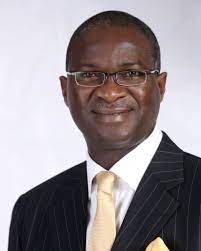 The Minister of Works and Housing, Babatunde Fashola, has said that the temporarily opened Second Niger Bridge will be tolled.

He said this model would be implemented to ensure the maintenance of the landmark project and to serve Nigerians for many years.

Fashola made this known on Wednesday when he appeared as a guest on Channels Television’s Sunrise Daily.

The minister, who cited challenges including relocating transmission lines connecting the East to the West across the Niger River, said the delay in the completion of the project was due to the sit-at-home order by the Indigenous People of Biafra.

He, however, promised that the target date was to deliver a perfectly completed Second Niger Bridge in April or May 2023.

He said, “Inevitably, the bridge will be tolled but that is the job of the NSIA because we must make sure the bridge is properly maintained. So, this is where…private sector capacity becomes useful. They may not be (able to) build capital to buy the asset but can mobilise the expertise and efficiency to operate it, of course not without due diligence being done. That is the same model on the Lekki toll gate.

“Truth be told, the target is April or May (2023) but the date keeps shifting because of sit-at-home directives.

“The current opening for motorists is for those going to the East and will last till the 1st of January. It is currently a one-way crossing. So, on the 2nd of January, we would reverse what we have done and allow people to use it from the 3rd for the East to West crossing and on the 15th we would shut it down so that we can finish the four kilometre access road we are trying to build, and the interchange.

“We are building in mash land so we have to dredge, accumulate sand, fill or reclaim land. You have to wait for it to settle and can’t start building the following day. We are using a technology called pre-fabricated vertical drills to accelerate.”

Speaking on the role of infrastructure in the nation’s development, the former Lagos governor said, “Infrastructure is one of the tools for development, for economic growth, creation of employment, distribution of wealth and tackling poverty, especially multi-dimensional poverty, because it speaks to the quality of life. Can you transact a business in one hour as against four hours? is another country able to do that in thirty minutes?

“The purpose was to bring relief to Nigerians who transverse from East to West or from West to East of Nigeria across the river Niger and especially during the end of the year. We know that it is a logistics nightmare; we know that people will render services, go on holiday, wedding and festivities. The bridge itself is finished and the road linking it to Obosi road on the Anambra side is finished except for the interchange which is at different levels of completion.

“The road linking the bridge to Asaba side is one that we could not finish to make residents have a choice whether to use the old bridge or the new bridge. The president thought why not now, open it, let people have relief during this period.”