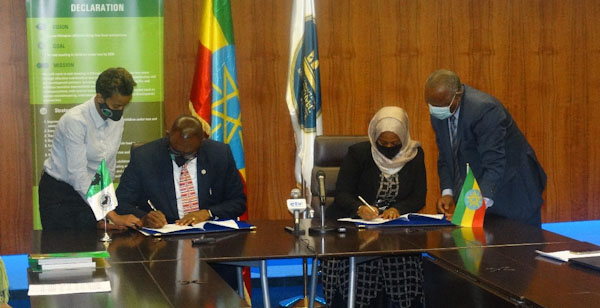 The African Development Bank and the Government of Ethiopia have signed an agreement for a $31m grant to boost health and nutrition for children under the age of five.

The African Development Fund’s Board of Directors approved funding for the government’s Multi-Sectoral Approach for Stunting Reduction Project (MASReP) at the end of April. The total budget is $48m.

The agreement was signed on 10 May by Yasmin Wohabrebbi, State Minister of Finance, on behalf of the Government of Ethiopia, and Abdul Kamara, Deputy Director General of the Bank’s East Africa Regional Development and Business Delivery Office.

Wohabrebbi said, “In the past two years the government spent close to $31m from its own sources to execute the Seqota Declaration Innovation Phase.

The Multi-Sectoral Approach for Stunting Reduction Project (MASReP) we are signing today will complement the government’s investment effort to achieve goals set under the Declaration.” The project targets 40 districts in the Amhara and Tigray regions, where nearly 50% of children under the age of five are afflicted by stunting.

“The agreement further underscores the African Development Bank’s commitment to support the Ethiopian government’s initiatives to end stunting in children under age two by 2030, in line with its Seqota Declaration,” said Kamara. He said the project would address the multidimensional causes of stunting.

Ethiopia’s Seqota Declaration is a commitment to end stunting in children under two by 2030. The national ministries of health; agriculture, water, irrigation and energy; education; women, children and youth; labour and social affairs; transport; and finance are co-ordinated in this effort.

The Multi-Sectoral Approach for Stunting Reduction Project is consistent with the government’s Ten-Year Strategy and two of the Bank’s High Five strategic priorities, namely Feed Africa and Improve the quality of life for the people of Africa.

Previous CBN Disbursement Of Fund Not Skewed To Favour North—Emefiele
Next Buhari Not Asking For Fresh $6.18bn Loan—DMO