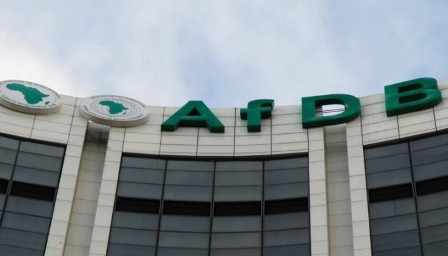 The African Development Bank President Dr Akinwumi Adesina has said that a concerted effort to change the narrative on Africa in the United States is necessary to attract increased investments into the continent.

Meeting with African ambassadors at the chancery of the Embassy of the Republic of Congo in Washington on Friday, Adesina said: “We are a responsive and solutions bank at the heart of Africa’s development, and at the core of our work as a multilateral development bank, there is a very clear strategy to fast-track Africa’s development.”

In a comprehensive tour d’horizon of the Bank’s priority agenda, Adesina began by thanking the ambassadors for their strong support for his re-election to a second consecutive five-year term last year under the leadership of their Dean, Ambassador Serge Mombouli of the Republic of Congo.

Speaking on the Bank’s core objectives, he drew the ambassadors’ attention to the UNDP’s assessment, which showed that if Africa achieved the Bank’s High 5 priorities, it would have achieved 90 per cent of both the African Union’s Agenda 2063 and the UN Sustainable Development Goals.

The African Development Bank chief told the ambassadors that the results already spoke for themselves.

In the past five years, he explained, the Bank, through its High 5s, had positively impacted the lives of 335 million people.

“This is the kind of scale on which we work,” Dr Adesina said, explaining that the desired level of development will not come about by small projects but by those of scale.

The Bank chief said the Covid-19 pandemic had made the challenge of development tougher, with 5 million Africans infected by the virus and more than 200,000 lives lost.

The Bank, he explained, had moved quickly, launching a $10bn crisis response facility to provide fiscal support to countries, and going to the international capital markets to launch a $3bn Covid-19 social bond – the largest social bond denominated in US dollars ever done in the world.

Adesina decried the vaccine nationalism by developed countries, adding that Africa had only fully vaccinated 24 million people, a mere 2% of its population.

“Compare this to 70 per cent in Europe and 56 per cent right here in the United States, respectively.

“So, while developed countries are moving to booster shots, Africa is still struggling to just get basic shots,” he added.

On trade, Adesina said the African Continental Free Trade Area (AfCFTA) represented a huge opportunity to transform Africa with a combined GDP of $3.3trn, the largest free trade zone in the world.

He said the size of consumer and business expenditures in Africa would rise to $6.7trn by 2030.

“Africa is no longer a continent that can be ignored,” he said. “And if you are not investing in Africa, the question I would ask is: where in the world are you investing?”

On infrastructure, the ambassadors were presented with several examples of Bank-financed infrastructure projects that were impacting development across the continent.

The Bank has invested over $40bn in infrastructure, working closely with the African Union’s New Partnership for Africa’s Development.

“The African Development Bank is the largest financier of infrastructure in Africa – far above the World Bank and far above any institution that you can find,” Adesina told his audience.

He said, “This is the time to change the investment narrative on Africa in the United States.

“The African Development Bank is developing strategic alliances and partnerships, taking advantage of the new outlook of new US administration.”