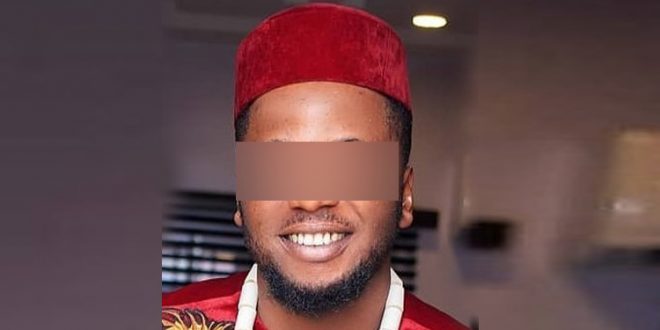 The FBI said Obasi was indicted and wanted for defrauding New York State more than $30 million by posing as a ventilator seller during the height of the COVID-19 pandemic.

Aside from posing as ventilator seller, the FBI said the suspect targeted Americans through a spam email campaign offering illegitimate “work from home” jobs

The security agency said the 29-year-old Obasi perpetrated the fraud from Nigeria, with the help of co-conspirators in Canada and elsewhere.

In a statement by the Department of Justice, U.S. Attorney’s Office, Eastern District of Pennsylvania, US Attorney Jacqueline Romero, said the suspect was charged with one count of conspiracy to commit mail and wire fraud, six counts of mail fraud, and 16 counts of wire fraud.

The statement issued on Friday read, “The defendant and his co-conspirators are alleged to have obtained more than $31,000,000 through this multi-faceted fraud scheme, with the overwhelming majority of that money – more than $30 million – coming from the State of New York for the intended purchase of ventilators.

“The scheme alleged in the Indictment began in September 2018, with a spam email campaign that offered phony “work from home” jobs. When a person responded to the phony job offer, Obasi or a co-conspirator posed as a representative of a legitimate company, often a supposed medical equipment supplier based outside the United States, and offered the person a job as the company’s U.S. representative with responsibilities including collecting on outstanding invoices.