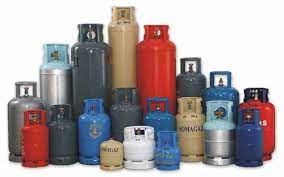 The Major Oil Marketers Association of Nigeria has said the imposition of Value Added Tax on imported Liquefied Petroleum Gas, also known as cooking gas, will hamper the adoption of the fuel in the country.

The new chairman of MOMAN, Mr Olumide Adeosun, said this during a virtual press briefing where his appointment was announced.

Adeosun, who is the Chief Executive Officer of Ardova Plc, succeeds the CEO of 11 Plc (formerly Mobil Oil Nigeria Plc), Mr Tunji Oyebanji, who was chairman of the association from 2019 to 2021.

Responding to a question on cooking gas price hike in the country, he said, “Unfortunately, we still don’t produce sufficient domestic LPG; so we are having to do a lot of imports and we are seeing a spike globally in the price of LPG.

“Domestically, what can we do? I think there have been discussions around the VAT that has been levied on the product.

“I think one of the big discussions that is going on right now is how that can be eliminated because the tax naturally creates a barrier to the objectives of the ‘Decade of Gas’, which is to increase the penetration and adoption of LPG, among other things, as an alternative to biomass. So, we are hoping that there will be some headway being made in that direction.”

Adesoun said he felt very privileged for the opportunity to serve as the chairman of MOMAN in ‘such an exciting time for our industry’.

He said MOMAN must be at the forefront of unravelling the opportunities associated with operating in the free-market structures that had been created by the Petroleum Industry Act, while continually advocating for changes that positively impact the sector and the Nigerian economy.

Adeosun said, “Making the transition to a fully competitive pricing oriented downstream sector will require the collective engagement and resolve of all stakeholders.

“The world around us is changing rapidly and the oil and gas industry has been proven to be one of the most exposed to the winds of this change.”

He said the association would continue sustained engagement and the creation of initiatives that would make the implementation of the PIA a shared success for all concerned parties.