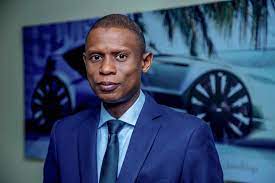 The National Automotive Design and Development Council has urged the Central Bank of Nigeria to set up a special intervention fund for the automobile sector.

The Director -General of the NADDC, Mr Jelani Aliyu, said this during a chat with journalists in Abuja.

Aliyu who commended the apex bank for it’s intervention in key sectors of the economy such as agriculture, power, aviation, health among others, said such gestures should also be extended to the automobile sector in view of its job creating potentials.

He said the intervention fund had become imperative to support the vehicle financing scheme which is being worked on by the Council.

Recall that in February 2021, the Federal Government announced plans to launch a Vehicle Finance Scheme that would help Nigerians own new cars.

This was part of the 5-point comprehensive programme of the National Automotive Industry Development Plan (NAIDP) which is aimed at promoting local production of vehicles and their parts.

The NADDC boss lamented that overtime, the average Nigerian has become unable to buy a brand new vehicle like they used to do, adding that in other places around the world, people get new vehicles on credit by putting in five or 10 per cent of their costs.

Aliyu said, “On vehicle financing, yes we are in talks with banks. We are going after terms that will be very conducive for people. Single digit interest rate and we are talking about no more than ten percent and being able to pay over at least, five years and more.

“So these are conditions that are typically easy for commercials banks to offer. Because we are looking for collaborative efforts where the government puts in some money and the banks puts in more money.

“There are some specific terms which are hard for the banks but which will make it much much easier for Nigerians to afford these vehicles.

“And we are working towards getting to that agreement. One of the banks has agreed to work with us, because you know we also have the TSA requirement when you are working with government funds.

“One of the banks has agreed to really work with us. Jaiz has agreed to work us because we have an MOU and we are going to pursue that very very quickly and we hope that other banks also come in and agree to those terms, which at the end of the day will make it easy and cheaper to get that credit.

“And that is why we are also discussing with CBN, we all know the FG have put in billions of naira into cement, rice and sugar. So we are asking for the same amount of support and huge fund to be created and applied to fund automobile.

“So these are some of thing we believe moving on will make it easier to purchase vehicles made in Nigeria.

“You know, no where in the world do people buy vehicles in cash, it’s over in bank transfers of 100 percent. You pay even if you have the money, you pay a little bit and then you pay all the time.

“These are some of the things that we hope for to happen as we move forward. Like I also mentioned that the reviewed policy have special priority projects to these administrations.”

The NAIDP contains a number of policy measures needed to revitalize the industry for job creation, local value addition, and technology acquisition.

Aliyu added, “We believe the automobile sector can come and add value to make a difference. Imagine all the hundreds of thousand of job that will be created if the federal government comes in to support just as they support the sugar and that is is beautiful about this new policy. It has beautiful items in there that will make it easier, or that will promote or spur the federal government to come in and give this type on intervention.”