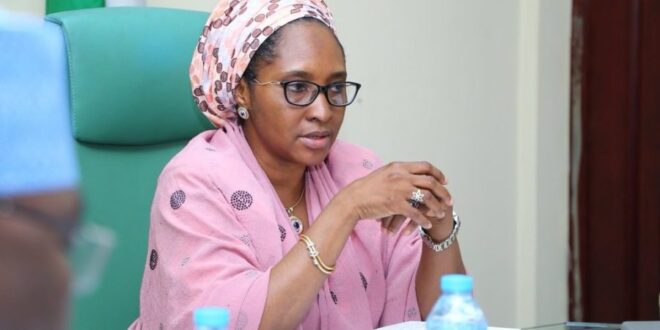 The Minister of Finance, Budget and National Planning, Zainab Ahmed has raised the alarm over the current international tax rules that have been skewed against the source countries, particularly, the developing ones.

Ahmed disclosed this on Monday, in Abuja during the opening session of the 42nd Technical Conference of the Commonwealth Association of Tax Administrators (CATA) themed: “Tax Administration in Digital Era”.

Ahmed said the country has remained at the forefront of global efforts at finding equitable, and lasting solutions to international tax issues.

“Painfully, the skewness in the current international tax rules is again influencing the two-pillar solution of the Inclusive Framework.

“We have observed that ‘Amount A’ profit, meant for market jurisdictions is progressively being chipped away in favour of jurisdictions where the multinationals are resident.

“Another example of skewness of the ‘Amount A’ rules is the requirement for jurisdictions to surrender domestic tax disputes to mandatory and binding ruling of an arbitration panel composed and sitting outside the legal system of the respective jurisdictions.”

The minister while addressing the President of CATA, Muhammad Nami, mentioned that taxation is a matter of domestic law and dispute arising from the interpretation of domestic law, which should only be resolved within those domestic legislations and by people well-informed to interpret them.

According to her, the ongoing conversation to change the rules should commence immediately as the world must rework the profit allocation rules used for transfer pricing and the sharing of taxing rights by tax treaty partners.

The Minister was of the view that CATA, is the appropriate platform, to discuss the issues, considering that the business world has moved from the “brick and mortal” model into the fast-paced, globalised and digitalised model.

Ahmed said tax administrations must continually upscale the skills of their employees to enable them effectively and efficiently handle emerging tax issues.

She added that tax officers must be trained and retrained on tax technicalities including the new international tax rules and the social effects of taxation.

The Minister urged tax administrators to be dedicated and on alert in keeping pace with changes in the business world because many new things are emerging in the field of taxation, particularly, the taxation of multinationals.

In his speech at the event, Nami said that the 42nd CATA Technical Conference promises to be a platform that produces a potpourri of ideas and solutions in a fast-changing world that requires sophisticated strategies for problem-solving.

He said although these issues are emerging, many of the jurisdictions already have several innovative solutions to addressing them.

He said, “The Conference is the right platform to cross-breed ideas and share experiences we can all learn from.

“Furthermore, harmonisation of tax systems is on the front burner of the fiscal conversations in many jurisdictions. It is a reform that must happen for the governments to plug leakages and shore up revenue.

“Some jurisdictions have achieved this, and they testify to its advantage over the fragmented system. Others need to learn how, why and what jurisdictions that have harmonized their tax systems have to share.

Previous We Will Make SON Become The Best Standardisation Body In Africa—FG
Next ICT Vital To Tackling Insecurity, Says IGP