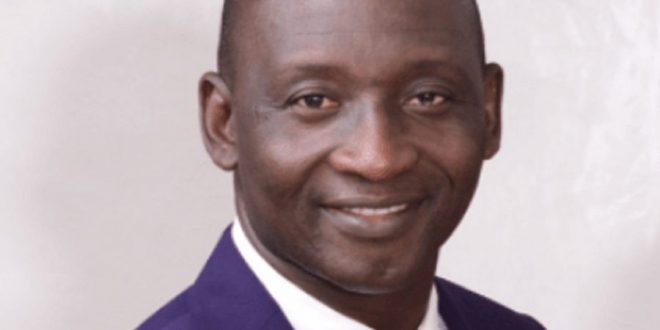 The Federal Executive Council chaired by President Muhammadu Buhari has approved the payment of N375bn as backlog of Export Expansion Grant to 285 non-oil exporters.

The amount was confirmed by the Executive Director/Chief Executive of the Nigerian Export Promotion Council, Dr Ezra Yakusak during an interview at the sidelines of the export for survival walk in Abuja.

The EEG tax credit is expected to bring some succour to non-oil exporters sector following series of delays that have plagued the release of the Export Expansion Grant.

Speaking during the interview, the NEPC Boss explained that the N385bn which was approved by FEC would enable the government clear the EEG backlog from 2006 to date.

He said already, the approval made by FEC has been sent to the National Assembly for legislative scrutiny, adding that a lot of initiatives are being implemented to boost non-oil exports.

The NEPC Boss said, “Initiatives come as challenges arise. From the outcome of the last conference, we have resolved to pick up new exporters that have no idea of what it means to export, we are going to match make them with all exporters to train them on non-oil exports from the rudiments, the procedures to ensure that they export.

“To boost non-oil export, the Federal Executive Council has just approved the sum of N375bn as Export Expansion Grant to all exporters that applied for the EEG.

“And that means that the backlog from 2006 to date has been cleared and exporters will expect that any moment from now.

“Right now, it is going to be taken to the National Assembly for approval, about 285 exporters are beneficiaries from that EEG.”

Yakusak and other members of staff of the NEPC were joined by relevant stakeholders from the Ministries Departments and Agencies (MDAs) to participate in the quarterly program organized by the Council.

The export for survival is an awareness creation fitness activity to reawaken the consciousness of Nigerians that Nigeria’s survival as a nation depends on non-oil export.

On the challenges facing the development of non-oil exports, Yakusak identified supply side constraints, issue of packaging, issue of logistics and market access as some of the issues that are being addressed by the NEPC.

“There are so many strategies to overcome the challenges. One of the challenges is logistics constraints concerning our exports in terms of log jam in the ports especially Lagos ports.

He said, “So, we have done the domestic warehouse initiative which is to curb logistic constraints and ensure that our goods don’t stay for months before being shipped because almost every export contract has a shelf life and once you don’t meet up with time for that export, the contract will be cancelled and this bad news for the exporters that affect our economy as a whole.

“We are achieving our aim for the NEPC walk on export for survival because this has led to an increase in the registration of non-oil exporters.

“There has been an influx in the number of people coming to register and we know that it is as a result of this initiative.”