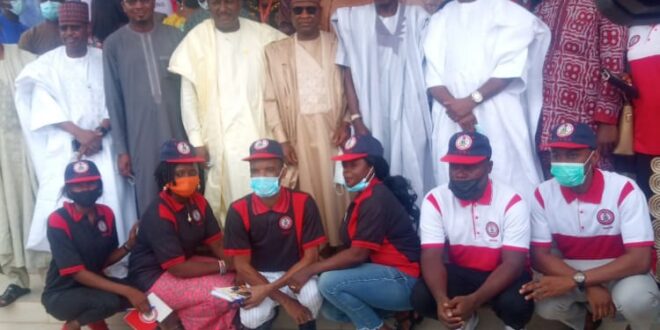 The Federal Government has identified unemployment and poverty as triggers responsible for various anti- social behaviours ravaging the country.

To contain the danger posed by poverty and unemployment, the government said it had rolled out a number of policies and measures aimed at reversing the trend.

The Minister of State for Industry, Trade and Investment, Mariam Katagum made this known on Thursday at the closing ceremony of the 2020 National Industrial Skills Development Programme.

The NISDP is one of the skills intervention programmes of the Industrial Training Fund.

The Minister who said unemployment and poverty have remain a big challenge to the government said in recognition of the dangers they pose, the Federal Government has been implementing a number of initiatives and policies intended to reduce the trend.

Some of these policies, according to her, include the Economic Recovery and Growth Plan, the National Youth Investment Fund, and the Economic Sustainability Plan including the MSMEs Survival Fund, which is a key component of the ESP, among several others.

To further complement this drive, the Federal Government, she said, recently entered into partnership with Microsoft Corporation, an American multinational technology company, to accelerate the nation’s efforts in deepening the digital economy anchored on three pillars.

The pillars are increased connectivity, up-skilling and job creation and digital transformation.

She said, “These are concrete efforts by Government to keep up its commitment to take 100 million Nigerians out of poverty.”

He said participants have been successfully equipped with start – up kits and tools to get them off on their trade.

He lauded President Muhammadu Buhari’s administration on the tremendous energy it invested in the transformation of the country through innovative initiatives that significantly tackle the twin problems of unemployment and poverty .

Ari said, “We will recall that the Buhari Administration was inaugurated at a time the Nation’s economy was in recession but was able to quickly steady the ship and put it on the path of growth in record time.

“That it was also able to almost miraculously do the same, when the Covid-19 pandemic triggered off yet another recession, deserves the commendation of Nigerians across the country.

“Indeed, before the sad intrusion of the pandemic, most of the pressing problems of the country were being effectively tackled through a raft of Social Investment Programmes while also initiating policies that boosted the performance and productivity of agencies such as ours.

“The impact of these programmes served to boost all sectors of the economy and drastically reduced poverty and unemployment.”

Ari said ITF recognized the twin problems of poverty and unemployment and their implications on economy, which informed the decision to overhaul the Fund’s skills acquisition in 2016.

He added, “We reckoned that until we tow this path, even our population that should ordinarily be an asset will become a liability and we, as a Nation, will continue to fight a losing battle against the blights of poverty and unemployment and their attendant consequences due to perilous intersection and nexus between poverty and crime rate.

” It is against this recognition that the Fund refocused and repositioned its activities since 2016, leading to the equipping of hundreds of thousands of Nigerians with skills that they are using to earn sustainable livelihoods.”

He said under the current NISDP phase, thousands of Nigerian youths were trained nationwide in three trades namely: tailoring, cosmetology and Information and Communication Technology.

He enjoined graduands to put the start- up park and tools given to them into effective use.