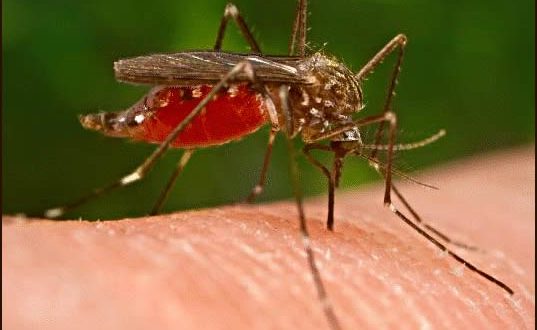 UK Prosecutors Accuse Ekweremadu of Attempting to buy kidney for £7,000

The 2021 Nigeria Malaria Indicator Survey Report has shown that the malaria prevalence in the country has decreased from 23 per cent in 2018 to 22 per cent in 2021.

These findings were disclosed on Wednesday in Abuja at the official launch of the NMIS report and the National Advocacy, Communication, and Strategy and Implementation Guide.

The PUNCH reports that malaria is still a major public health challenge in Nigeria despite substantial efforts to reduce the prevalence and impact of the disease.

Other key findings of the report also show that “56 per cent of households own at least one insecticide-treated net. 31 per cent of women aged 15-49 took three or more doses of sulfadoxine-pyrimethamine/Fansider during their last pregnancy. Eight of all children aged six to 59 months have severe anaemia.

“Severe anaemia is most common in the northwest zone. Among children under-five with fever who took an antimalarial, 74 per cent received ACT. 81 per cent of women cited that there are ways to avoid getting malaria; among these 83 per cent cited sleeping under a mosquito net or ITN.”

Speaking at the event, the Minister of Health, Dr. Osagie Ehanire, said malaria accounts for 60 per cent of outpatient visits to health facilities, 30 per cent of childhood deaths, 11 per cent of maternal death (4,500 die yearly), and 25 per cent of deaths in infants (children aged <1 year).

According to the 2021 World Malaria Report from the World Health Organisation, Nigeria contributes 27 per cent to the global malaria burden (one out of every four persons having malaria) and 32 per cent to malaria deaths globally (about one out of every three deaths).

Dr. Ehanire said in Nigeria, about 10 persons die every hour due to malaria or malaria-related issues.

“Children under five years of age remain the most vulnerable group affected by malaria accounting for 67 per cent of all malaria deaths. It is a major cause of school absenteeism and low productivity.

“It is pertinent to note that the Government of the Federal Republic of Nigeria and its partners have made consistent and concerted efforts over the years in providing resources towards the elimination of malaria in the country, and this has resulted to millions of lives being saved. The 2021 World Malaria Report estimates that 1.7 billion malaria cases and 10.6 million malaria deaths were averted worldwide in the period between 2000–2020 and that most of the cases (82 per cent) and deaths (95 per cent) averted were in the WHO African Region,” Ehanire said.

The Minister added that the government with other development partners has implemented three rounds of MIS so far.