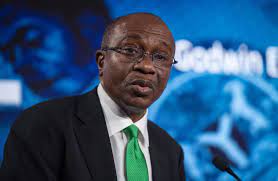 The Central Bank of Nigeria Governor, Mr Godwin Emefiele has appointed Mr Saad Hamidu of the Development Bank of Nigeria to act as the Managing Director of the Nigerian Incentive-Based Risk Sharing System for Agricultural Lending.

His appointment was revealed in a letter addressed to him and signed by the CBN Governor.

The letter, dated December 6, 2022 stated that Hamid has been posted on secondment to NIRSAL for a period of three months.

The letter reads, “I am pleased to inform you of your secondment and appointment to the Nigerian Incentive-Based Risk Sharing System for Agricultural Lending as the Acting Managing Director.

“Please note that this secondment is on a temporary basis for an initial period of three months or upon your recall to the CBN, whichever is earlier.

“I hope you will serve meritoriously to justify the confidence reposed in you with this appointment.”

The NIRSAL Boss has been dogged by corruption allegations for several months.

Abdulhameed’s alleged corrupt practices was said to have forced the Central Bank of Nigeria to suspend funding for NIRSAL last year.

The CBN has been guaranteeing all borrowings disbursed by NIRSAL, which is a parastatal of the government’s banker.

Another claim said Abdulhameed also cornered funds earmarked for wheat distributions across the country. It was also alleged he brutally tortured some employees and hired police officers to harass and intimidate his critics into silence.