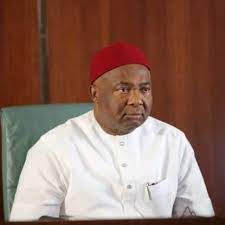 All 36 of the federation’s states are required by the federal government to create a ministry of digital economy. This was said by Isa Pantami, Minister of Communications and Digital Economy, in remarks to the media on in Abuja following the first meeting of the Presidential Council on Digital Economy and E-government (PCDEE).

According to Pantami, the National Digital Economy Plan (NDEP) must be smoothly executed, hence the federal government instructed states to create a Ministry of Digital Economy in each state.“The council proposed establishing ministry of digital economy in our states where the activities at the national level can be cascaded and implemented by our various states.

“With the accommodation of our Sub-nationals and Governors I believe so many good things will come out of the sector. He added.

Speaking further he said, “The secretariat has been directed to come up with frame work for the digital economy that can be implemented in our states. Many states have good initiatives on digital economy, however there is lack of harmonisation to the activities. So, frame work is going to be developed, so that our Sub-nationals will play their own role and federal government will continue to provide intervention where necessary.”

Hope Ozordima, the governor of Imo State and a member of the PCDEE, pledged to establish a ministry of the digital economy as soon as he returned to his state. Considering that the states have been given that task. “Part of the assignment given to these sectariate is to develop a frame work that will enable the states align properly with the mandate of the Digital Economy Policy and all the states are very enthusiastic in making sure that the various economic potentials accurable to digital development and e governance come to fruitation .” He disclosed.

He claimed that the governors are in agreement with the order to create a ministry of the digital economy in their states.“As Governors we have no objections, it is a very good Idea. “Arising from this meeting I was about to create an ICT Agency to manage our digital economy but am going to now create a full blown Ministry for Digital Economy and IT Management in the state as soon as I get back.“

That is to tell you the kind of attention we are going to give to this particular subject in making sure that the Federal Government’s well thought out policy plan in making sure we have a reburst Digital Economy to create jobs and employment for our young men and women that are currently roaming the streets is realised collectively.” He added.

Similarly, Godwin Obaseki, the governor of Edo state, who is also a member of the council, expressed his happiness that a body has been established to guide the states in carrying out the federal digital policy.

According to him, “Am glad that we finally have a council in this country that will set a direction on the digital economy as you know the world is about digitalisation and technology.”