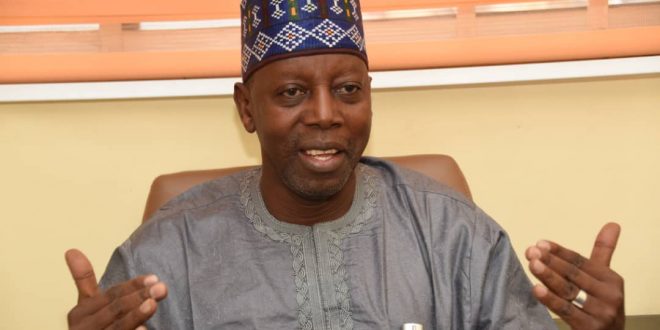 Nigeria’s Ambassador to the World Trade Organization, Dr. Adamu Mohammed Abdulhamid has emerged the Chairman of the Committee on Trade facilitation of the WTO.

His emergence is contained in a letter written by Mr Christopher O’Toole to all Heads of Delegations and WTO Members.

The letter said that Abdulhamid will serve as Chairman of the Committee for the 2022 and 2023 fiscal period.

The letter reads, “I would like to inform you that further to my communication on May 24, 2022, no comment has been received by the secretariat regarding the nominee for the chairperson of the committee on trade facilitation. Therefore, the committee on trade facilitation has elected H. E, Dr Adamu Mohammed Abdulhamid (Nigeria) for the year 2022-2023.

President Muhammadu Buhari had last year approved the appointment of Dr. Adamu Mohammed Abdulhamid, as Nigeria’s Ambassador to the World Trade Organization for a perid of four years.

Until his appointment as WTO Envoy, Adamu, was the Acting Head Chargé d’ Affaires of Nigeria Trade Office to the WTO, Geneva, Switzerland.

He holds an Msc. in Economics and International Development from Clermont Ferrand University, France, a Masterclass Certificate in Business Management and Leadership from London Graduate School, UK and Honorary Doctorate in International Relations and Economic Diplomacy from the Commonwealth University, UK.