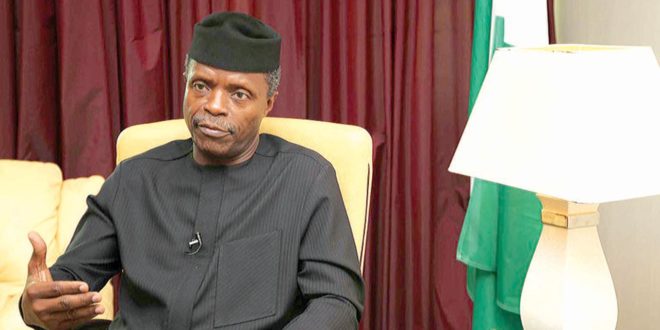 The Vice President of Nigeria, Prof. Yemi Osinbajo has said that any government official who draft a poor contract agreement will be made to face the consequences.

Speaking during a virtual seminar on Capacity Building for Negotiators on Monday, Osinbajo identified poorly negotiated and poorly drafted agreements as the major causes of economic loss in developing nations such as Nigeria.

He said corruption has continue to thrive in the awards of contract due to lack of transparency and disregard for due processes among others.

The VP said,  “One of the sources of economic loss for a country such as Nigeria is the consequence of poorly negotiated and poorly drafted agreement.

“Lack of accountability or monitoring, nobody checks to know how a negotiation went so as to track outcomes. Henceforth, those who draft contract that turn out poorly should be held accountable.

“Sometimes, we find out that huge contracts are drawn out without following due processes, lack of checks and balances have promoted corruption in our system.

“In most cases of commercial contracts, we have seen lack of transparency, and this ranges from not advertising and opening up opportunities to other potential investors and not subjecting agreements to established legislative and duty ratification processes.”

He further stressed on the need for officials to engaged expertise and highly experienced professionals in drafting agreements to avoid economic loss.