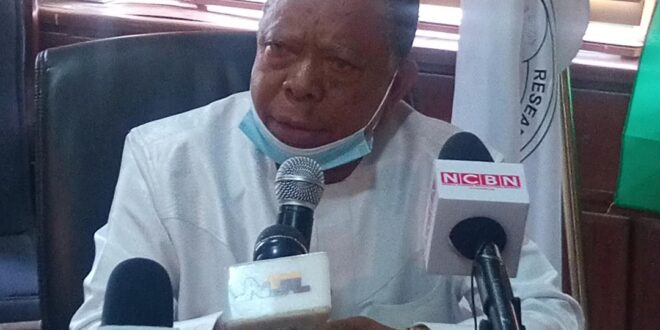 The Mushroom Growers, Processors and Marketers Association of Nigeria on Friday said it is targeting to earn about ten percent of the global mushroom market which is estimated at $45.3bn as of the end of 2020.

Speaking during a press briefing on the forthcoming national conference of the association, the National President of the Mushroom Growers, Processors and Marketers Association of Nigeria, Chief Michael Awunor said that the sector holds great potentials for the country in terms of wealth creation, poverty reduction and creation of jobs.

The briefing was attended by the Grand Patron of the Association. His Majesty, King Alfred Diete Spiff , who is also theAmanayanabo of Twon-Brass in Bayelsa State; the Chairman Board of Trustees Chief Moore Chinda; and the Deputy National President of the Association Mr: Yusuf Olaitain among others.

He commended the Federal Government under the present administration of President Muhammadu Buhari, for currently intensifying its policy of diversification of the economy by developing the non-oil sector.

This, he stated, is necessitated by the fact that Nigeria’s mono-economy which mainly depended on the export of crude oil is no longer sustainable, especially given the bizarre economic recession in many crude oil dependent economies.

He explained that attention is being focused on commodity production and export, one of which is mushroom which is rare but possess high nutritional and medicinal value, easy to grow and easily exportable.

In addition, he noted that the commodity has the potentials to positively change the unemployment situations in Nigeria as well as increase the non-oil earnings.

“The global production of mushroom has continued to increase significantly according to FAO reports; the world production in 2018 was 8.99 million tons with china producing 46 per cent of the global output.

“The global market for mushroom is also huge and growing exponentially; the market is estimated at $45.3bn in 2020 and projected to reach $72.5bn by 2027, the growing market for mushroom is due to the rising global awareness for Healthy foods which made mushroom highly preferred substitute for meat in protein, vitamin and minerals.”

He said the conference scheduled to hold between June 22 and 24 in Abuja would bring players in the industry, resource persons and experts to exchange ideas, acquaint themselves with new technology and investment opportunities so as to create a roadmap for sustainable development of the mushroom sub-sector across the value chain.

He stated that this would help to increase production, processing and consumption of mushroom and mushroom products in Nigeria.

Furthermore it will stimulate stakeholders to key into Government policies aimed at promoting diversification of the nation’s economy through Good Agricultural Practice.

In his comments, the Grand Patron of the association said Mushroom has a lot of nutritional and pharmaceutical values adding that the association is making breakthrough on its development.

He said, “We produce mushroom in mass for exports and local use consumption. The mushroom trade is a big market and we can sell in dollars.

“We need to revamp our economy through making sure we are producing primarily production as mudroom for exports.

“With mushrooms, we are on the threshold of greatness and we will soon join the world economy in tapping the wealth in this product.