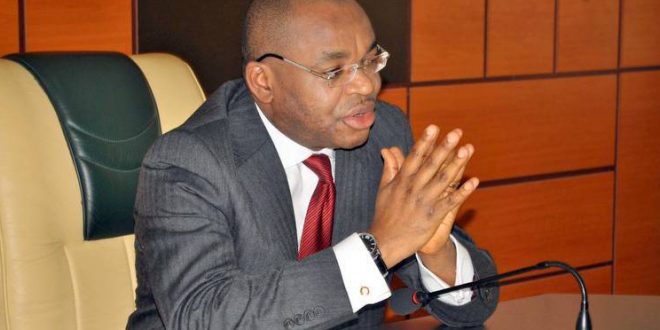 The budget, christened ‘Budget of Completion’, has a Capital Expenditure of N353 billion and N344.005 billion for recurrent expenditure, totalling N697.005 billion as against the previous year’s revised provision of N631.881 billion.

Presenting the budget at the House of Assembly, Uyo, Governor Emmanuel explained that the budget was predicated on an oil benchmark of $70 per barrel at a production rate of 1.69 million barrels per day and was focused on the policy thrust of consolidating on the gains of the eight-point Completion Agenda.

The Governor further expounded that the Policy Objectives of the 2023 budget would include: stimulating the state’s economy to create opportunities for gainful employment through industrialisation, agriculture as well as air and sea infrastructure; continued support for the SMEs as the engine of our economy to encourage local capacity in manufacturing and the use of our locally made products for domestic use exports; economic diversification to create more wealth, sustainable employment and food sufficiency; amelioration of poverty among vulnerable groups, including women and persons living with disabilities through pro-poor spending, among others.

He also outlined strategies for realising the set objectives to include: partnering with foreign investors in relevant sectors of the state economy and robust human capital development; widening the industrial base of the state thereby enhancing the availability of goods and services for domestic consumption; enhancing the delivery of qualitative and prompt service by public servants through automation and effective intra and inter MDAs collaboration; improving fiscal transparency and accountability in all MDAs with emphasis on cost-effectiveness in all programmes and projects of government, among others.

While recounting the gains of Legislature-Executive collaboration for the state in the past years, Governor Emmanuel appealed for due consideration and timely approval of the 2023 budget, promising to faithfully implement its provision for the benefit of the people of the state.

In his words, “I, therefore, appeal for your approval on my submissions and your support for its implementation. We promise a faithful implementation of this ‘Budget of Completion’ for the general good of our people. Our resolve to alleviate poverty and restore hope, create wealth, generate employment, stimulate agriculture and industrial development and uplift the overall welfare of our people remains unflinching.”

Responding, the Speaker, Akwa Ibom State House of Assembly, Mr. Aniekan Bassey, acknowledged the harmonious and result-oriented relationship between the executive and other arms of government which, he affirmed, has translated into growth and development in the state, and commended the governor’s prudence, transparency and accountability in managing the state resources and his unwavering commitment to serving the people of the state.

The Speaker urged Ministries, Departments and Agencies of government to cooperate with the House of Assembly to make the passage of the budget seamless, and pledged the commitment of the legislature in the discharge of its duties to the development of the state.