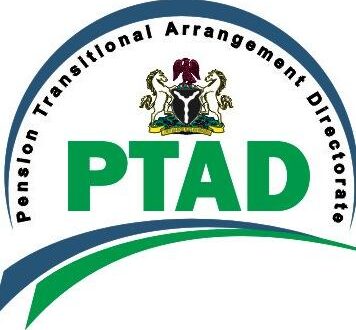 The Pension Transitional Arrangement Directorate said it has removed about 50,000 ineligible pensioners from its payroll.

It has also enrolled over 38,358 pensioners through its nationwide verification exercises which ran from 2014 to 2019.

The Executive Secretary of PTAD, Chioma Ejikeme disclosed these at a press conference held in Abuja on Tuesday, to announce the launch of the Pilot Phase of the “I am Alive” confirmation project

She said, “PTAD at inception, embarked on massive verification exercises which took place between 2014 and 2019 across all the geopolitical zones of Nigeria.

“The field verification was immensely successful and beneficial to the operations of PTAD resulting in a comprehensive and reliable database, which facilitates the process of budget preparation, accurate pension payments and the determination of outstanding pension liabilities.

“A major gain of the verification exercise was the reduction of the Directorate’s payroll by almost 18 per cent equivalent to about 50,000 pensioners as a result of removal of ineligible pensioners from the payroll.

“Furthermore, over 20,000 eligible pensioners who were hitherto not on payroll were enrolled, 18,046 pensioners comprising of ex-workers of defunct and privatized agencies who had hitherto not been considered for pension were also enrolled.

“312 War-Affected Police Officers granted amnesty in the year 2000 were paid their arrears and put on our payroll.

Speaking on the “I am Alive” project, she said that the newly launched project brings to an end the era of pulling out aged pensioners for field verification as it provides a platform for pensioners to confirm that they are alive from the comfort of their homes using a Smartphone or computer system.

Explaining the project, she said, “The ‘I AM Alive’ Confirmation Solution is a web-based software designed to enable our pensioners, to easily confirm their aliveness from the comfort of their homes or neighborhood, using either a Smartphone or a computer system.”

Ejikeme added that the Directorate will deploy the application in phases, starting with 50,000 pensioners cut across the four operational departments and the six geo-political zones, selected to participate in the pilot phase.

Previous AfDB To Invest $600m In Digital Enterprises In Nigeria
Next ECOWAS urges CAC, others to fight against money laundering