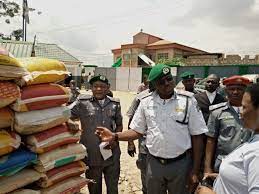 The Katsina Area Command of the Nigeria Customs Service (NCS) has generated N500 million as revenue for the federal government seven months after the reopening of the Nigeria/Niger Republic border at Jibia Local Government Area of the state.

The command’s Comptroller, Dalha Wada Chedi, who disclosed this on Monday while briefing journalists in Katsina, said over N5 billion worth of exported items were also transported through the border corridor within the period under review.

The NCS, had in April 2022, reopened the Nigeria/Niger Republic border at Jibia, Jibia Local Government Area of Katsina State for legitimate businesses to thrive between the two countries.

Chedi said: “Customs in Katsina has recorded over N500 million from the day the Jibia border was reopened and over N5 billion worth of exported items all passed through the Jibia border so far.”

He added that the command had also collected N197,401,469 as duty from 1st September to 31st October with a difference of N46,199,487.00 which represents an increase of 61 per cent of the total revenue collected within the period.

On anti-smuggling activities, Chedi said the command made 21 seizures with the duty paid value of N77,803,825 within the period under review.

Other seizures made were nine used vehicles comprising Toyota Corolla, Honda Accord, Peugeot, BMW, Volkswagen Golf and DAF truck, 11 cooking gas of 25kg, two cooking gas of 12.5kg, one cooking gas of 30kg and 40 Jerrycans of AGO of 25 litres each.