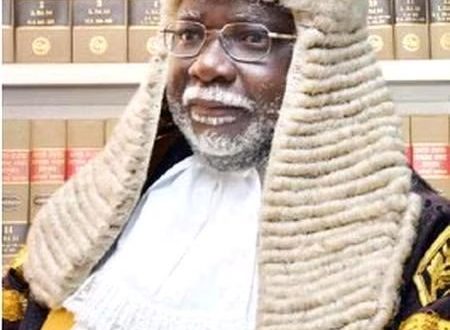 President Muhammadu Buhari has written to the Nigerian Senate, seeking confirmation of Justice Olukayode Ariwoola, as the Chief Justice of the Federation.

Ariwoola has been acting since June 27 after the resignation of Tanko Mohammad, following complaints of financial impropriety and poor condition of service by the Supreme Court justices.

The president’s request was contained in a letter read by the Senate President, Ahmad Lawan, at plenary on Tuesday.

The president said the letter was according to Section One (1) of the Constitution of Nigeria.

Ariwoola had last month emerged acting Chief Justice of Nigeria (CJN) after President Muhammadu Buhari administered the oath of office on him.

Ariwoola’s emergence followed the sudden resignation of Justice Tanko Muhammad, who was allegedly forced out of office in the wake of allegations bordering on corruption.