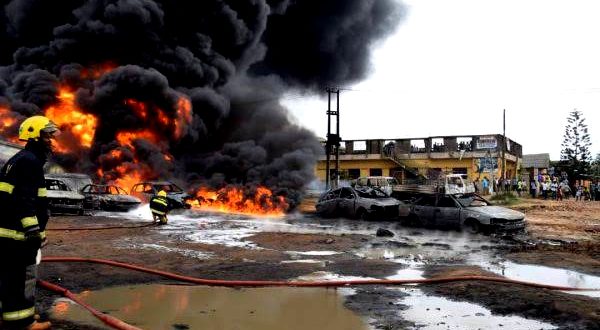 The Minister of State for Petroleum Resources, Timipre Sylva, has said that the oil spillage at the OML 29 at Santa Barbara, Nembe Bayelsa State is one of the hazards of the oil business.

The spillage in the communities has been uncontained for three weeks and three days and has ravaged Nembe Community in Bayelsa State.

The Federal Government has estimated the spills to be less than 200,000 barrels as claimed.

Sylva said, “It is a very sad development but these things happen. They are the operational hazard of the business. Mr. President is very concerned himself and he has asked us his team to come and inspect and to make sure that the appropriate action is taken to ameliorate the situation.”

Although disputed by the Federal Government, it is projected that over 150,000 to 2000,000 barrels have been spilled so far.

Aiteo Eastern Exploration and Production Company Limited (AEEPCo) is in charge of the well, but has been unable to salvage the situation.

The company has been ordered to halt operations in the area until proper investigation is carried out and adequate measures put in place to ensure the safety of lives and property in the area.

The team failed because of the inaccessibility to the well head location as a result of the hydrocarbon fumes that saturated the atmosphere in the area.

A statement by the government says 3,000 barrels of emulsified crude oil had been recovered and held in a recovery barge.

But the Technical Advisor to the Ijaw Diaspora Council, Prof. Rick Steiner estimating that the flow rate from the failed well is at least 10,000 barrels of toxic hydrocarbons per day.

He said, “Thus, after 15-20 days of continuous flow, the spill has already released a minimum of 150,000 barrels – 200,000 barrels of toxic hydrocarbons into the sensitive mangrove ecosystem in Nembe LGA, and possibly twice that much.

“Even by international standards, this constitutes a major hydrocarbon spill, and its impacts are likely to be serious, extensive and long lasting,” he said in a letter copied a number of Nigerian authorities.

Ebuka Daniel The Federal Government is planning to replace fuel subsidy with a N2.4trn annual …