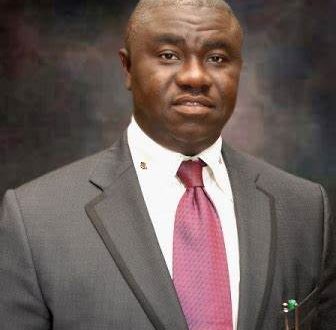 The Minister of State for Budget and National Planning, Clement Agba has stated that the government will only allow Civil Society Organisations (CSOs) who it perceives as compatriots’ entry into it’s record books.

Agba who disclosed this on Tuesday in Abuja during the Budgit 10th Anniversary lecture, maintained that government record books are always open for partners working towards the growth of the country to vet and understand the activities of government.

The Minister argued that the current National Development Plan being prepared by the government is not only meant for the ruling party.

He  explained that it was for the sake of transparency and accountability that the government included the three major political parties at the National Assembly, representatives from sub- national governments, CSOs, organised private sector and Persons With Disabilities (PWDs) to the twenty six Technical Working Groups (TWG) which he co-chair.

He said,  “I think you need to work with us more in partnership rather than been seen as attack dogs, because if I see you as an attack dog, there is no way I am going to open my books for you, no matter what you say.

“But if I see you as a partner working towards a collective goal, definitely we will open the book for you to understand the way things are going.”

In his keynote address, Fellow, Havard University, Frank Nweke  II, noted that the dynamics between leaders and citizens remains a key feature of progressive societies.

“While it is the responsibility of all citizens to guard and protect the collective freedoms of society, in modern times, these responsibilities are being discharged in silos, around specific causes by so called non-state actors or civic organizations such as Budgit, that has functioned creditably in the public finance sector.”

Noting that, some leaders may have played pivotal roles in the progress of the society, Nweke II, pointed out that the role of their citizens in demanding change and accountability underpinned the attainment of specific changes at various period, and cannot be discountenanced.