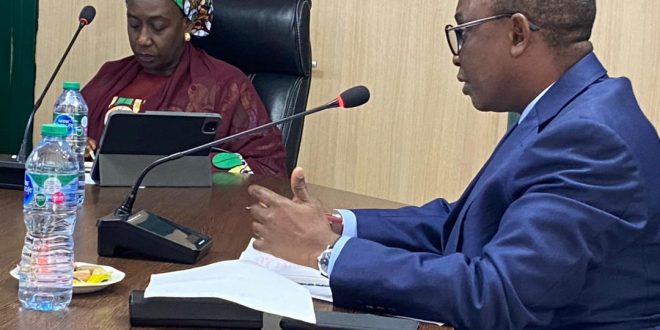 The Corporate Affairs Commission has pledged to support the Nigerian Association of Chambers of Commerce, Industry, Mines and Agriculture (NACCIMA) Business Women Working Group (NAWORG) in it’s quest to provide customized advocacy training for women entrepreneurs to motivate them to register their businesses.

The initiative will also aim to provide access to credible women and youth owned informal businesses operating in various areas.

The Registrar General of the Corporate Affairs Commission (CAC), Alhaji Garba Abubakar stated this today while receiving, the Chairperson of NAWORG, Hajiya Aisha Abubakar on a courtesy visit to the Commision.

Alhaji Garba Abubakar who recalled CAC’s active support and participation in the series of interventions embarked upon by the present administration in the country including the 250,000 free business names registration revealed that the Commision just secured approval to register 20,000 more businesses at 50% discount in collaboration with the Abuja Enterprise Agency.

He further said that in view of the successes recorded, many more states governments and groups have been approaching the Commision to broker such collaborations in order to formalise more informal businesses.

Speaking on the Commision’s reform initiatives, the Registrar General maintained that since January 2021 the CAC ensured full digitization of its operations in line with the ease of doing business initiatives of the present administration.

Abubakar revealed that in view of the digitization, Customers now obtain online certified extracts with ease and instantly as against queuing up in the past for manual reports from the Commision.

He further stated that in line with the provisions of the CAMA, 2020 the Commision no longer issues documents with personal signatures especially to third parties except for court use.

He revealed that in continuation of its reforms, the Commission would soon deploy additional three modules on its Portal which include the eXtensible Business Reporting Language (XBRL) filing system for financial reports developed in collaboration with the Financial Reporting Council with support from eu-act program under the European Union and British Council.

He however said that a stakeholder engagement/validation was being organized before deployment of the new modules.

Alhaji Garba Abubakar used the forum to appreciate the NAWORG Chairperson’s tremendous personal support to some of the CAC reform initiatives during her tenure as a Minister supervising the Affairs of the Commision.

Speaking earlier, the Chairperson of NAWORG, Hajiya Aisha Abubakar solicited amongst others, CAC’s collaboration towards achieving gender equality and women empowerment in Nigeria by leveraging on sensitization programmes to encourage women formalise their businesses.

Aisha Abubakar who said NAWORG mainstreams the objective of Goal 5 of the Sustainable Development Goals, which is to achieve gender equality and empower all women and girls noted that available statistics showed that the number of MSMEs in Nigeria dropped to 39 million from 41 million due to the negative impact of Covid-19.

She further stated that out the figure, women owned businesses became the hardest hit and added that the large number of women owned informal businesses in the society was an obstacle to women participation in public and private sectors.

The NAWORG chairperson who spoke extensively on their activities noted with delight that the CAC had opened several windows for MSMEs to formalize their businesses at discounted rates thereby earning it many Awards.

Aisha Abubakar used the forum to applaud the Commision’s reform initiatives which she said had shortened registration processes as well as reduced fees.

The NAWORG Chairperson is a former Minister of Industry Trade and Investment.

Highlight of the visit include presentation of gifts. 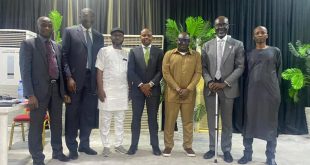 In its continued bid to enhance user seamless transactions on its registration portal, the Corporate …