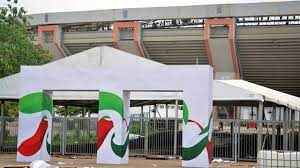 The Peoples Democratic Party is set to inaugurate its Presidential Campaign Council on Wednesday ahead of the commencement of campaigns for the 2023 general election.

The party made this known on Tuesday in a statement by the National Organizing Secretary, Hon Umar Mohammed Bature, and was made available to the press.Related News

The venue of the inauguration according to the statement, is the International Conference Center, Central Area, Abuja, the Federal Capital Territory.