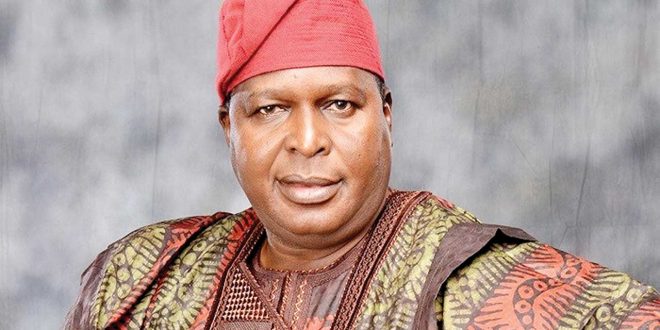 The Director-General, National Council for Arts and Culture, Otunba Segun Runsewe has called for more women empowerment programmes in order to reduce the level of poverty and unemployment in the country.

He said this on Monday in Abuja at the unveiling of “Forty and Fabulous Reality TV Programme.”

The programme is targeted at women who are multi-talented but not sure of their career direction.

It would also help in making a strong statement, showing that the world can be properly entertained without nudity and promiscuity which have characterized recent reality shows.

Runsewe commended the organizers of the TV Reality Show, noting that the programme would go a long way to complement the efforts of government on women empowerment.

He, therefore, called for more public private sector collaboration towards women empowerment programmes to further enable them to contribute to national economic development.

Also speaking at the event, a former Governor of Anambra State, Chukwuemeka Ezeife called for more empowerment programmes in the country.

The former Governor who was represented by Mr Edozie Ezogwa said the call became necessary to reduce the level of poverty among women and make them self-reliant.

According to him, women play vital role in the development of any society through ensuring a responsible family hence the need to empower them to add more value to their families and the society in general.

Earlier, the organizer of 40 and Fabulous TV Reality Show, Jolly Nnena Abani said the programme is to assist the multi-tasking women to choose their right career amongst all their crafts.

According to her, the programme is also aim at creating a platform to assist depressed women within 40 years and above and giving emotional stability to women who feel that their age is a barrier to their socio-economic growth.

She said, “The 40 and Fabulous TV Really Show is also aimed at empowering the multi-talented women, improve their well-being of an average woman, capacity building for multi-talented woman, cross breeding of talents and crafts among women who are creative and economic reward for their crafts as well as setting them up for self-decency.”

Other speakers at the unveiling stressed the need for government at all levels to create more conducive environment that would encourage more women empowerment programmes in the country.

The event was attended by stakeholders in the tourism, culture and entertainment industry.