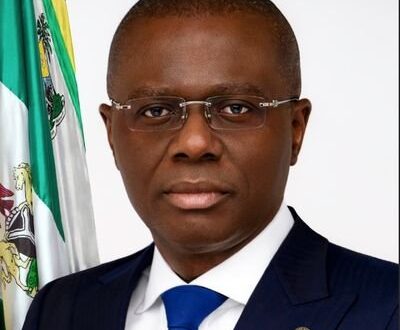 For Nigeria to close the infrastructure gap in the critical sectors of the economy, about $11 trillion would be required, the Association for Consulting Engineering in Nigeria (ACEN), has revealed.

To this end, the Lagos State Governor, Babajide Sanwo-Olu, professional engineers, experts and other stakeholders have advocated increased investment in the provision of infrastructure to foster real growth and economic prosperity on the continent.

Sanwo-Olu alongside the professional engineers and experts, spoke at the opening of the 28th Annual FIDIC Africa Infrastructure Conference held on Monday in Lagos, with the theme, ‘Infrastructure Development in Africa’.

While lamenting the dearth of infrastructure in many African countries as one of the drawbacks for achieving meaningful growth in many countries, the speakers noted that infrastructure deficit in sub-Saharan Africa was exacerbated by low investment and poor funding.

They called on governments across Africa to give attention to the

provision of critical socio-economic infrastructure that could catalyse growth in the Gross Domestic Product (GDP) and stimulate prosperity.

Cross section of experts and speakers harped on the need for government to take advantage of the public-private partnership financing model, saying private sector funding will accelerate the delivery of long-term infrastructure, bolster availability of services to the people, and create more jobs.

Governor Sanwo-Olu in his keynote speech, decried lack of infrastructure as one of the factors inhibiting Africa from realising its full potential.

He said, “As the theme of this year’s conference, “Infrastructure Development in Africa,” connotes, you have dedicated this edition of your conference towards reawakening us as individuals, private organisations and as government to raise awareness about the critical role infrastructure plays in competitive global economy in the 21st century.

“This theme is particularly relevant because lack of adequate infrastructure has been identified as one of the key factors responsible for the inability of Africa to realise her full economic potential despite being generously endowed in natural resources.”

Represented by his Special Adviser on Works and Infrastructure, Mrs. Aramide Adeyoye, the governor further noted that without adequate and quality infrastructure, it would be difficult to create jobs especially for for the people, the growing youth population and to create decent and comfortable living standards.

He said the state government has consistently accorded infrastructure development and renewal priority to build a stronger economic base in line with the status of Lagos State as Africa’s fastest- growing megacity.