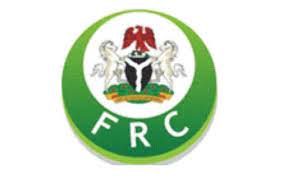 The Executive Secretary, FRC, Shuaibu Ahmed disclosed this on Wednesday in an interview in Abuja.

The FRC boss also said the review which has been done Council has undertaken a review over the last couple of weeks would lead to an invitation of the auditors of these entities for clarification.

He said the need for the review was based on the fact that the Council recently uncovered many financial infractions in the audited financial statements of these entities.

He said, “We’ve undertaken a review of all the financial statements of the banks and pension fund administration and pension custodians over the last couple of weeks.

“The next step is to invite them for inspection meetings with the auditors and the entities to come and clear themselves because we’ve found quite a lot of infractions with the statements and after that, the next thing is to penalize them.”

He noted that this is the only way to enhance the quality of financial reporting and make entities and individuals compliant with the Financial Reporting Act.

“This is the only way we can enhance the quality of our financial reporting and make entities and individuals to be compliant with the act” he added.

Ahmed had on Tuesday warned government entities that have not filed their audited financial statements to do so as the Council had begun imposing fines and penalties on them in line with the provisions of the FRC Act and its extant rules .

He lamented that based on the review of these audited financial statements filed with the FRC, financial reporting in the public sector is fraught with challenges and issues to which the learning programme is designed to address.

He said, “Our various engagements with the National Assembly further expose the lingering issues of late submission of financial reports by MDAs, lack of proper treatments of accounting issues, poor disclosures.

“Public Sector Entities play a pivotal role in the national economy as a major driver of productive activities and the largest single business entity.

“As a bedrock of the economy, the importance of financial reporting quality in the national economy cannot be over emphasized.

“Credible financial reports are no doubt germane as they not only support efficient decision making by those charged with governance, but also boost the perception index of the country and by extension, enhancing Foreign Direct Investments (FDIs) and Foreign Portfolio Investments (FPIs) as veritable tools and catalysts for the nation’s economic growth.”

He stated that Public Sector Entities are expected to provide financial information that are not only timely, but are accurate and useful to evaluating government performance as a bastion of public accountability and stewardship.