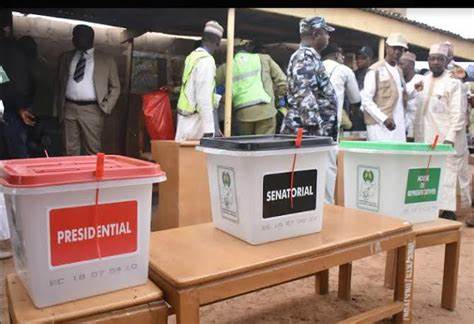 As the next year general election approaches, the Nigeria Police Force yesterday warned that any politician indulging in any act of violence and electoral manipulations during the period would be sanctioned and prosecuted according to the rule of law.

The Assistant Inspector General of Police(AIG) in charge of Zone 8, comprising of Kwara, Kogi, Ekiti States, Mr. Asafa Adekunle Rafiu, gave the warning in Ilorin, the Kwara State capital, at the joint stakeholders’ meeting on the electoral process ahead of the forthcoming general election in the country.

He said: “The police are more committed to the free and fair elections, and would not condone any act that may impede the success of the polls.”

Rafiu who stated that “the era of rigging  elections is gone in the political space of the country,” added that the recent introduction of Bimodal Voter Accreditation System (BIVAS) mode of voting has  changed all forms of electoral malpractices in any elections.

“The stakeholders must know that the permanent voters cards (PVCs) have also lent credence to the peaceful conduct of any elections, as each voter would present his or her PVCs for proper identification before allowing to cast their votes during the polls.

“So, the era of voting by proxy is no longer tenable in the political process of the country, as the BIVAS and PVCs have remained a major ingredients for the peaceful conduct of elections in Nigeria as of today.”

While urging politicians to redirect their supporters towards the successful conduct of 2023 elections in the country, the AIG said the police would provide all necessary security protection for all and sundry for the peaceful outings of the polls.

The police boss added that: “What concerns all of us affects all of us and finds a way of dealing with them. Nigeria police force is ready to always engender meritocracy in our elections.

“We have been working tirelessly with stakeholders not to record any electoral violence whatsoever. Therefore, Nigerians need democratic culture.”

He, therefore, implored the political parties “to conduct their campaigns on issue-based, not to incite violence before, during and after the elections. If you’re aggrieved, our courts/tribunal is there for you.

“We should all realise that in unity we stand, while divided we fall. By the grace of God, Nigeria will not fall. My advice to all the stakeholders is for everyone to have attitudinal change in playing by the rules and regulations as stipulated in our electoral laws.” The AIG stressed.

Earlier in his address, the state Police Commissioner, Paul Odama, lamented that Kwara State is currently under-staffed, saying: “The Command has an

established strength of 8,400 at creation, but presently is under-staffed with about 3,000 men policing a state with about five million population.”

He also said: “Nevertheless, the command has been able to police the state successfully due to the commitment and dedication of all the officers and men.”

Odama further said the state Police Command has its own security challenges like all the other states in spite of the efforts put in place by the Command to checkmate the activities of criminal elements.