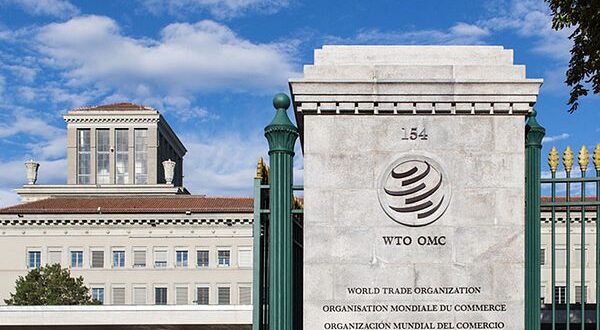 The Commonwealth University has confirmed that it actually issued an Honorary Doctorate Degree to  Adamu Abdulhamid, Nigeria’s Ambassador to World Trade Organisation, Geneva.

The university stated this in a statement in response to a July 9, 2021, publication by Sahara Reporters regarding the honorary doctorate degree conferred on Abdulhamid.

The institution described the publication as not only incorrect but also misleading.

The statement reads, “We consider this clarification necessary so as to put the records straight.

Firstly, the H.E. Adamu Abdulhamid was conferred with an Honorary Doctorate Degree by the Commonwealth University.

“We would like to state that H.E. Adamu Abdulhamid was awarded the Doctor of International Relations & Economic Diplomacy (Honoris Causa) in recognition of his exceptionally meritorious contribution in his role as the Lead Coordinator of the Nigerian Delegation that campaigned for the candidacy of Dr Ngozi Okonjo-Iweala for Director General of the World Trade Organisation which she eventually emerged as the winner and the first African and first Nigerian.

“Interestingly, a point often not addressed by critics is that Honorary Degrees are issued in recognition of the outstanding work and achievement a person has attained in his or her field of endeavour. It entitles the person so recognised to be addressed as ‘Doctor’.

“However, whether awarded by Harvard, Oxford or any institution for that matter, Honorary Doctorates are not covered by any accreditation system. They are not academic degrees.

“They are Honoris Causa degrees issued to recognise and praise a person’s achievements in his or her career and life, so as to encourage the individual and also encourage others to emulate hard work and humble contributions of the recipient.

“Sahara Reporters further quoted a publication by the National Accreditation Board (NAB) of Ghana that suggested our institution is not accredited. We would like to state clearly that we have never applied for accreditation in Ghana and we are not registered in Ghana to fall under their accreditation system.

“Our investigations had revealed that the publication by NAB was politically calculated to harm a perceived strong opposition figure in Ghana who received an honorary doctorate degree.

“We are proud to say that we have trained over 2,000 leaders across the globe including Prime Ministers, Vice Presidents of countries, Ministers of Governments, Ambassadors, Chief Justices of Countries, Speakers of Legislatures, Managing Directors and CEOs of Corporations, as well as Leading Entrepreneurs.

“We organise a wide range of events which bring together top executives, business leaders and other professionals across the globe to share knowledge, support learning and to provide networking opportunities. We have alumni and faculty in over 75 nations and still counting. Some of our faculty members are Harvard trained.

“We consider this clarification necessary so as to put the records straight.”