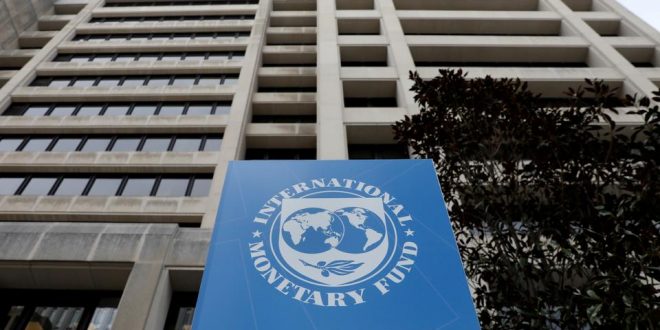 The Central Bank of Nigeria is currently being faced with renewed pressures from the International Monetary Fund to weaken the naira and also increase its benchmark interest rate of 11.5 per cent.

The advice does not only apply to Nigeria alone, as it also applies to other emerging economies with stronger inflation pressures or weaker institutions.

The multilateral lender gave the advice in a report titled, ‘Emerging economies must prepare for Fed policy tightening,’

The IMF said, “Some emerging markets have already started to adjust monetary policy and are preparing to scale back fiscal support to address rising debt and inflation.

“In response to tighter funding conditions, emerging markets should tailor their response based on their circumstances and vulnerabilities.

“Those with policy credibility on containing inflation can tighten monetary policy more gradually, while others with stronger inflation pressures or weaker institutions must act swiftly and comprehensively.”

The advice is coming as the value of the currency has dropped to N414.26 at the CBN official foreign exchange window, down from the N410 which the bank adopted in May last year.

At the last Monetary Policy Committee meeting held in November last year, the CBN retained its benchmark lending rate at 11.5 per cent.

The rate was cut in September 2020 from 12.5 per cent to encourage output growth after the country slipped into recession.

Ordinarily in the past, the apex would raise interest rates to fight rising inflation which is at 15.99 per cent as of October 2021.

The CBN governor Godwin Emefiele had said that the monetary authority was faced with the dilemma of tackling inflation and output growth.

But the IMF in the new report said, “To manage these trade-offs, emerging markets can take steps now to strengthen policy frameworks and reduce vulnerabilities.

“For central banks tightening to contain inflation pressures, clear and consistent communication of policy plans can enhance the public’s understanding of the need to pursue price stability.

“Countries with high levels of debt denominated in foreign currencies should look to reduce those mismatches and hedge their exposures where feasible.

“And to reduce roll-over risks, the maturity of obligations should be extended even if it increases costs. Heavily indebted countries may also need to start fiscal adjustment sooner and faster.”