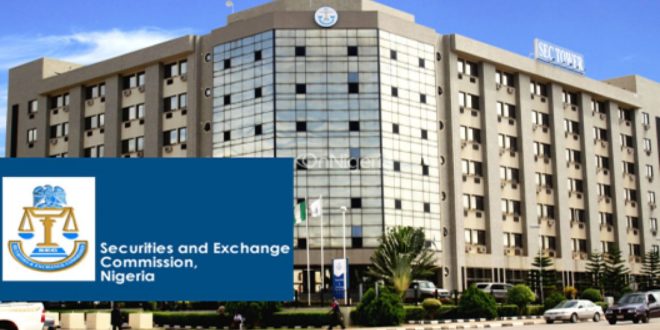 Investors in the Nigerian stock market gained N420bn in April as listed companies began releasing their earnings reports for the first quarter of the year.

The market capitalisation of equities rose to N20.85tn as of April 30 from N20.43tn at the end of March, data from the Nigerian Exchange Limited showed.

A total turnover of 1.44 billion shares worth N10.88bn in 19,614 deals were traded last week by investors on the floor of the exchange, in contrast to a total of 1.60 billion shares valued at N42.14bn that exchanged hands in 19,507 deals the previous week.

The financial services industry (measured by volume) led the activity chart with 970.56 million shares valued at N6.78bn traded in 10,876 deals, thus contributing 67.36 per cent and 62.30 per cent to the total equity turnover volume and value respectively.

Trading in the top three equities, namely FBN Holdings Plc, Transnational Corporation of Nigeria Plc and Access Bank Plc (measured by volume), accounted for 603.94 million shares worth N2.96bn in 3,618 deals, contributing 41.91 per cent and 27.23 per cent to the total equity turnover volume and value respectively.