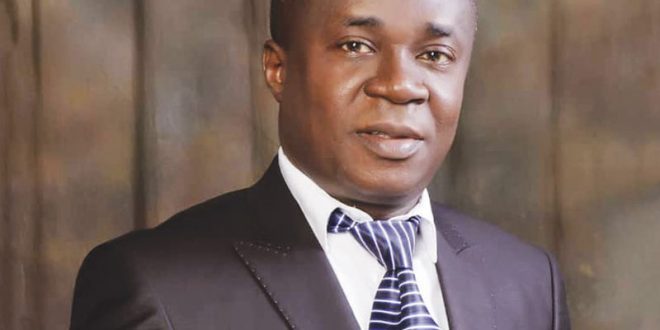 Godwin Ifeanyi Emefiele will easily go down in history as the nation’s Central Bank Governor that elevated heterodox monetary policy to unprecedented height. In response to the economic recession which followed not too long after he assumed office in 2014, Mr Emefele has been implementing a raft of measures at variance with the conventional view embedded in dominant models of monetary policy. In retrospect, have these measures been friendly to the capital market given the nexus between monetary policies and the capital market?

To be sure, studies have shown that central banks often go beyond their primary mandate to rescue economies headed for the woods. This was the thrust of a seminal book titled ‘’The Only Game in Town: Central Banks, Instability and Avoiding the Next Collapse’’, authored by Mohamed El-Erian, former chairman of the US Global Development Council, who examined the changing role of central banks as critical policy actors in national economies. For example, in the wake of the 2008 global financial crisis, the US Federal Reserve and many central banks across the globe implemented a number of diverse policy measures ranging from purchasing a wide array of securities to paying interest on reserves.

By the same token, the narrative on Nigeria’s journey out of the 2016/17 U-shaped economic recession that lasted five consecutive quarters would be incomplete without mentioning the crucial role played by the Central Bank of Nigeria. Following a significant decline in foreign exchange earnings, which triggered the economic recession in the first instance (Nigeria is dependent on crude oil sales for over 90 percent of foreign exchange earnings), the CBN had to ban several items of import from access to the official foreign exchange market in order to halt the sustained depreciation of the naira. This demand management strategy not only helped to conserve dwindling foreign reserves, it also promoted the import substitution strategy of the government.

Few months after the CBN issued the directive on 41 items (FX restriction list was later increased), it proved, in many respects, to be the launch pad for the rebirth of import substitution in Nigeria as it helped many local manufacturers regain their production strength. For instance, the country’s palm oil production increased and as evidence, Presco and Okomu, two of Nigeria’s largest palm oil companies listed on the Nigerian bourse witnessed significant improvement in earnings with associated uptick in share prices.

Indeed, the multiplier effect on the stock market was quite remarkable. The market gained huge traction which was a reflection of growing investor confidence in the wake of improved liquidity in the foreign exchange market. Despite tepid economic growth, the Nigerian Stock Exchange All Share Index was up (circa 42%) by end of 2017- a performance that was rated by the S&P as the third best in the world after Argentina (73%) and Turkey (43%)- thanks to the return of portfolio investors following the creation of Investors’ and Exporters (I&E) forex window by the Central Bank of Nigeria.

To help restart growth leveraging its development finance mandate, the CBN was equally supportive of critical sectors of the economy through several intervention initiatives such as the Agricultural Credit Guarantee Scheme, Micro Small and Medium Enterprise (MSME) Development Fund, Youth Entrepreneurship Development Programme, Commercial Agriculture Credit Scheme as well as SMEs Refinancing and Restructuring Facility. Of note is the Anchor Borrowers programme, the successful implementation of which explains, in part, the positive growth witnessed in the agriculture sector even during the peak of the recession in the third quarter of 2016.

Against the backdrop of a shallow intermediation system (measured by the ratio of private sector credit to GDP – well below that of peer countries) and the malfunctioning of the banking sector, Mr Emefiele had in July 2018 adopted a novel approach aimed at incentivising Deposit Money Banks to increase lending to the manufacturing and agriculture sectors. This unorthodox approach involved tweaking the reserves requirement for real sector-friendly commercial banks in what he termed the “Differentiated Dynamic Cash Reserve Requirement (DDCRR) regime”. Under the regime, cheap long term bank facilities at nine per cent, with a minimum tenor of seven years and two years moratorium were meant to be channelled to employment-elastic sectors of the economy”.

About the same time, the CBN had also announced it was ready to lend to big companies, many of which are listed on the Stock Exchange, by buying commercial papers issued by them with a view to reducing the borrowing costs for corporates and manufacturing firms to single digits. The extra liquidity released as a result of implementing the DDCRR ultimately buoyed corporate earnings and shareholders wealth, a positive development for the capital market as the unlocked funds expectedly filtered into the process of capital formation.

Following the advent of COVID-19 in February 2020, the CBN unleashed a number of new interventions as well as scaled up existing ones all aimed at mitigating the negative impact of the pandemic on the economy. These included the Agribusiness/Small and Medium Enterprise Investment Scheme (AGSMEIS), the Targeted Credit Facility (TCF), the National Youth Investment Fund (NYIF), the Creative Industry Financing Initiative (CIFI), the Healthcare Sector Intervention Facility (HSIF), the Real Sector Facility among others.

Without doubt, these initiatives, together with the implementation of the Collateral Registry and the Loan to Deposit Ratio (LDR) policy of the CBN instituted to increase lending to the real sector, engendered a low interest rate environment which triggered a lot of interest in the equities market in 2020 as portfolio managers rebalanced from fixed income securities.

Little wonder that despite the economic recession of that year, animal spirits returned and the Nigerian stock market was adjudged to have outperformed the 93 equity indexes tracked by Bloomberg across the world posting over 50% return. In fact, market players unanimously admit that it is difficult to write about the superlative performance of the stock market (proxy for capital market) in 2020 without highlighting the role played by the apex bank.

As an aside, it goes without saying that the National financial inclusion strategy which the CBN under Mr Emefiele has been pursuing with vigour is rubbing off positively on the capital market. It is pertinent to note that between 2014 when Emefiele took over as Governor of the Central Bank of Nigeria and December 2020, the number of mutual fund participants has grown from 185,590 to  441,267 participants with total assets under management (AUM) jumping from a little over N173 billion to more than N1.5 trillion according to data obtained from the Securities and Exchange Commission. This may not be unconnected with the financial Inclusion Strategy policies championed by the CBN including tiered KYC requirements, ATM expansion and agent banking which have resulted in enhanced ﬁnancial possibilities for small enterprises and households in Nigeria. While these initiatives have brought more people into the banking ecosystem, it has also improved the fortunes of many quoted banks in Nigeria.

All said, the policy trajectory of central banks has never been cast in stone. In this regard, Mr Emefiele’s heterodox approach deserves praise. Beyond the primacy of conventional monetary policy, he should continue fine-tuning, while still on the saddle, the toolkit of the CBN with a view to churning out policies friendly to the capital market.

Disclaimer: This article is entirely the opinion of the writer and does not represent the views of The COMMERCE AFRICA.