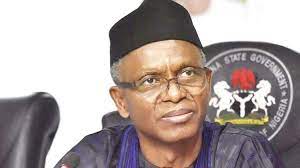 The Kaduna State Government has debunked claims by the Nigerian Labour Congress that it sacked over 7,700 public workers in the state.

It also refuted allegations that another 11,000 workers are on the new list to be sacked in the coming weeks.

He also said the government has not reversed the N30,000 minimum wage contrary to the NLC claims.

Sani said, “We have started this not now but since 2018, our workers were given notice to go and upgrade their qualifications.

“These are obviously not correct. In the entire Local Governments sector, a total of 1,648 have been disengaged.

“The NLC was really not too sure about the number of workers that were laid-off. At some point he mentioned 4,000, he said 7,000 later. This shows that the statement he is making is devoid of any evidence.

“The leadership of the NLC we know in the past was usually thorough.

He said despite the dwindling Federation Account Allocation Committee receipts, the local government spend about N3.6bn as salaries and N411m as monthly pension, while about N60.7m was paid monthly under the Contributory Pension Scheme

The Commissioner said under the Central Bank of Nigeria Retirement Redemption Fund, the LGAs pay N35.4m.

He said in March the LGAs only received N3.6bn from FAAC which was channeled for salary payments.

The Deputy President of the NLC, Com. Amaechi Lawrence, had earlier in the programme claimed that over 2,000 LGA workers have been sacked, 1,700 Primary Health Care (PHC) workers disengaged and 4,000 State Universal Basic Education Board (SUBEB) Staff have been disengaged.

He also said that more than 11,000 Civil Servants have been penciled for disengagement in the State.

According to him, the State has reverted to the payment of the old N18,000 minimum wage.

The NLC has staged a protest in the state which began with the shutdown of power on Sunday.

Previous NLC Shutdown Kaduna State Over Sacking Of 4,000 Workers
Next Inflation Rate Drops To 18.12% After 19 Consecutive Months Of Increase