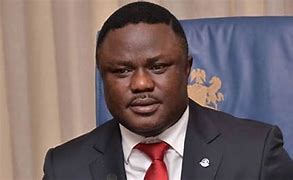 Ayade locks out civil servants over lateness to work

The Governor of Cross River State, Prof Ben Ayade, on Wednesday locked out civil servants attached to his office in Calabar for arriving late to the office.

The action of the governor followed his return from a long trip out of the state and on resumption of work on Wednesday, workers who were not on duty at that time were barred from entering their offices.

Speaking on the issue, the Head of Service, Dominic Akwaji, said the workers were locked out because of lateness.

According to him, “the team arrived at the governor’s office yesterday and took note of workers that were not on duty.

“Today, the team came back and some workers still came late to work despite the presence of his team yesterday and hence the decision to shut them out.”

He added that administrative measures will be taken against the affected workers.

Previous Export Rejects: NEPC leads Inter-Agency team to UK
Next I Will Set Up $10bn Stimulus Package Within 100 Days In Office–Atiku