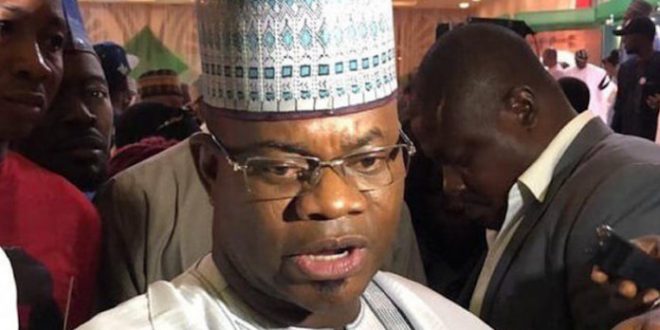 The Kogi State Government on Thursday commended the Department of State Security for arresting the masterminds of the December 29, Okene explosion.

The state Commissioner for Information, Mr. Kingsley Fanwo, in statement issued in Lokoja, thanked the DSS for unmasking the terrorists suspected to be behind the explosion.

Fanwo said, “The promptness of action and results achieved by DSS has further steeled our trust in the security agencies.

“The arrest of the principal characters has justified our position that enemies of the state are again breeding terror cells that has been crushed by the indomitable security architecture of the present administration.

“If not for the master class security architecture of this government, the state would have been turned into a terror zone by its enemies.

“We hereby call on the DSS and other security agencies to prudently dig deeper into the matter to unravel the real intent of the attackers and proffer how to avert future reoccurrence,” he said.

The commissioner further said that Kogi, under the leadership of Governor Yahaya Bello, had already re-calibrated the security architecture to deal with all forms of crimes and criminality.

He assured residents of the state that the government was fully prepared to tackle insecurity so that “criminals and their sponsors would have no hiding place.

“If the criminals come in their numbers, they will return in their zeros because Kogi as a state will remain inhabitable for cowards masquerading as criminals.”

He called on politicians to discourage their supporters from fomenting trouble as the government would not tolerate any breach of the peace.

“This is simply because it’s the responsibility of our governor to protect the people of Kogi, and protecting them all he will do,” he added.

Fanwo assured that the government would spare no resources in ensuring that the state remained peaceful, united and safe for all Nigerians.

Recall that the DSS had on Wednesday announced the arrest of the masterminds of the attack.

The DSS Public Relations Officer, Peter Afunanya, in a statement issued in Lokoja, said that the mastermind and his associate were arrested on Tuesday in Kogi.

Afunanya named those arrested as  Abdulmumin Ibrahim Otaru (aka Abu Mikdad) and one of his associates, Saidu Suleiman.

He said that the suspects launched the attack using Vehicle-Borne Improvised Explosive Device.

The explosion occurred near the Palace of the Ohinoyi of Ebiraland in Okene during the visit of President Muhammadu Buhari to inaugurate some projects executed by the state governor.