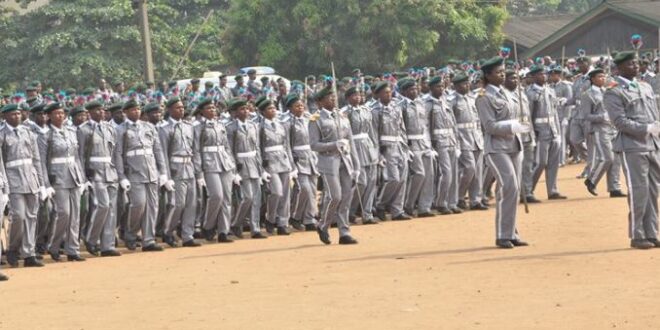 Over 2,000 personnel of the Nigerian Customs Service have been dismissed for engaging in corrupt practices in the last seven years.

The Comptroller-General of the Nigerian Customs Service, Hameed Ali, disclosed this during a media briefing coordinated by the Presidential Media Team on Thursday in Abuja.

Ali said the service abhors corruption and has zero tolerance for such officers.

He disclosed that in addition to losing their jobs, some of those indicted after being investigated had been prosecuted and jailed.

According to Ali, many of those who have been shown the way out were found to be shortchanging the Service in its revenue drive, especially on the duties tax that should accrue to the organisation for imported vehicles.

The Customs boss also revealed that some importers found to have engaged in sharp practices which had infringed on the activities of the Service have either been suspended or prosecuted.

He said most vehicle owners were guilty of under-declaration as vehicles of 2022 model were registered as 2015 in order not to pay the right duty,

Ali said some agents who were not transparent insisted that money be paid into their accounts in order to engage in sharp practices, stating that vehicle owners can do it on their own with the introduction of technology.

“We have sacked more officers than custom has ever did. Over 2000 plus officers have been sacked,” he said.

He said he was committed to ensuring excellent services but hopes his successor will maintain the standard.