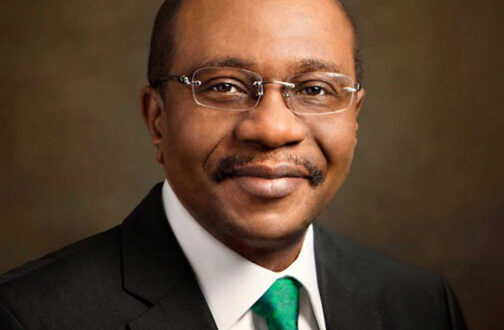 The Central Bank of Nigeria on Tuesday warned that the economy is still in a fragile state despite its exit from recession.

The CBN Governor, Mr Godwin Emfiele gave the warning while addressing journalists at the end of the two day Monetary Policy Committee meeting.

Despite the second wave of the Covid-19 pandemic, Nigeria’s economy fully recovered from recession as Gross Domestic Product rose by 0.51 per cent in the first quarter of 2021.

The National Bureau of Statistics had revealed the development on Sunday in its GDP report for the first quarter 2021.

The Nigerian economy had grown 0.11 per cent in the fourth quarter of 2020, from the 6.11 percent contraction in the third quarter.

Speaking on the GDP figures, Emefiele said that the growth posted by the economy was still fragile as it was far below Nigeria’s population growth rate.

Emefiele said the MPC called on both the fiscal and monetary authorities to implement measures aimed at supporting the economic recovery.

He said the measures to be taken by government should include attraction of investments, boosting manufacturing and agric productivity and supporting the local production of food as well as addressing infrastructural deficits.

On the key monetary policy parameters, the Governor said the committee retained the Monetary Policy Rate at 11.5 per cent while the Cash Reserves Ratio and Liquidity Ratio were left unchanged at 37.5 per cent and 30 per cent respectively.