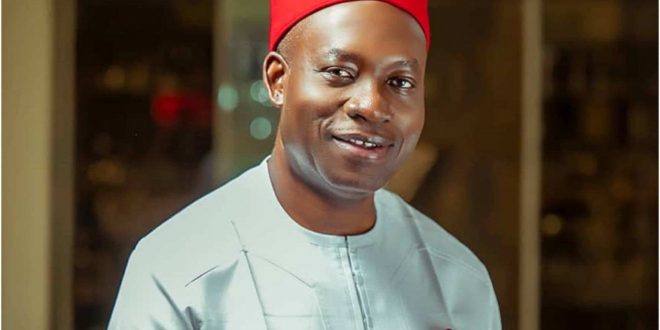 The Anambra State Governor, Prof. Chukwuma Soludo, has called on traders and business people in the state to insure their businesses against emergencies.

Soludo stated this on Tuesday, through his Deputy, Onyekachukwu Ibezim, who represented him at the scene of the fire incident on Kano Street, beside Main Market, Onitsha.

The governor said the visit was to physically assess the extent of damage done with a view to proferring preventive solutions in the future.

While sympathising with the victims of the disaster, he thanked God that no life was lost, stating that a meeting between the state government and market leaders would be convened to seek for permanent solution.

He expressed his concern over security of lives and property of the traders and called for the enactment of policies that would help prevent fire outbreak in the future.

He said, “If it means every trader at Main Market to have fire extinguishers in their shops, we will put it as a law and enforce compliance. An immediate emergency training must be conducted.

“How many traders have insurance? I have always asked this question. Insurance helps to cushion effect of this nature.

“This is the kind of structure we want to lay and we will get there. We will expose you to all these insights because this is what the government has come to do.”

He, however, regretted that such unfortunate fire mishap had sadly become an annual occurrence in the state and expressed optimism that such would not reoccur, especially during the festive season.

The governor lamented the existence of illegal structures at market places which he said usually led to lack of emergency exit.

On their part, some market leaders complained that the state fire service at the Main Market was not functional and pleaded with the state government to come to their aid.

The Commissioner for Power and Water Resources, Mr Julius Chukwuemeka, his Special Duties counterpart, Mr Sly Ezeokenwa, accompanied the deputy governor on the inspection tour as directed by the governor.